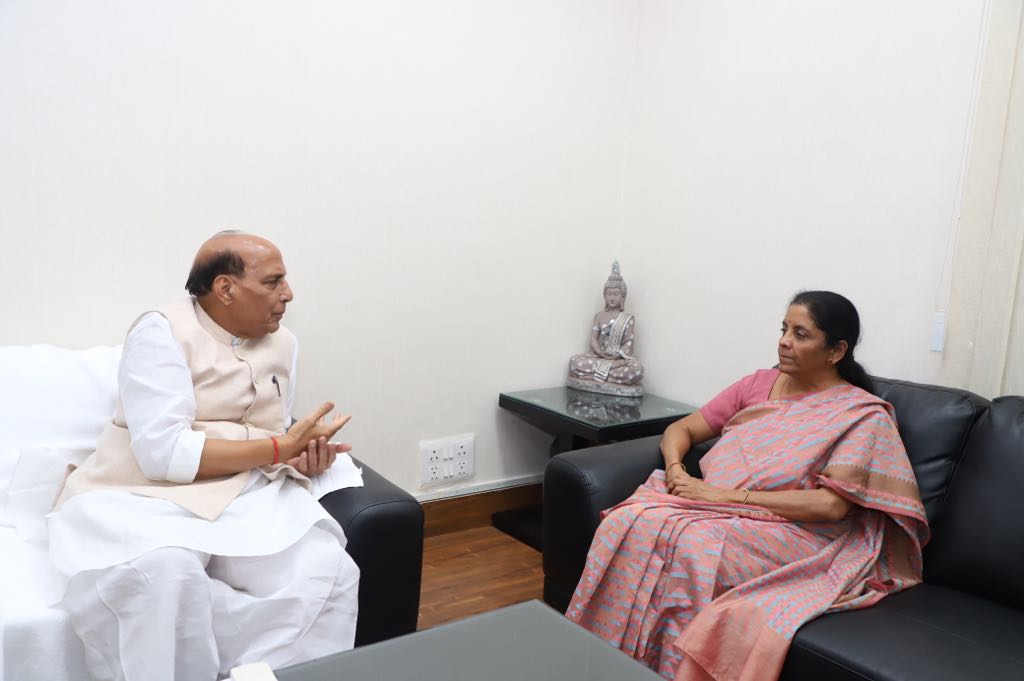 NEW DELHI: Defence Minister Nirmala Sitharaman today met Home Minister Rajnath Singh and is believed to have discussed with him the security situation in Jammu and Kashmir, an official said.

During the 20-minute meeting, both the leaders are understood to have discussed about the ongoing suspension of operations against militants announced by the Central Government during the period of Ramzan, which started from May 17.

The situation along the border with Pakistan, which often witnesses infiltration attempts by militants and cross border firing, is also said to have discussed by the two ministers, an official said. (AGENCIES)