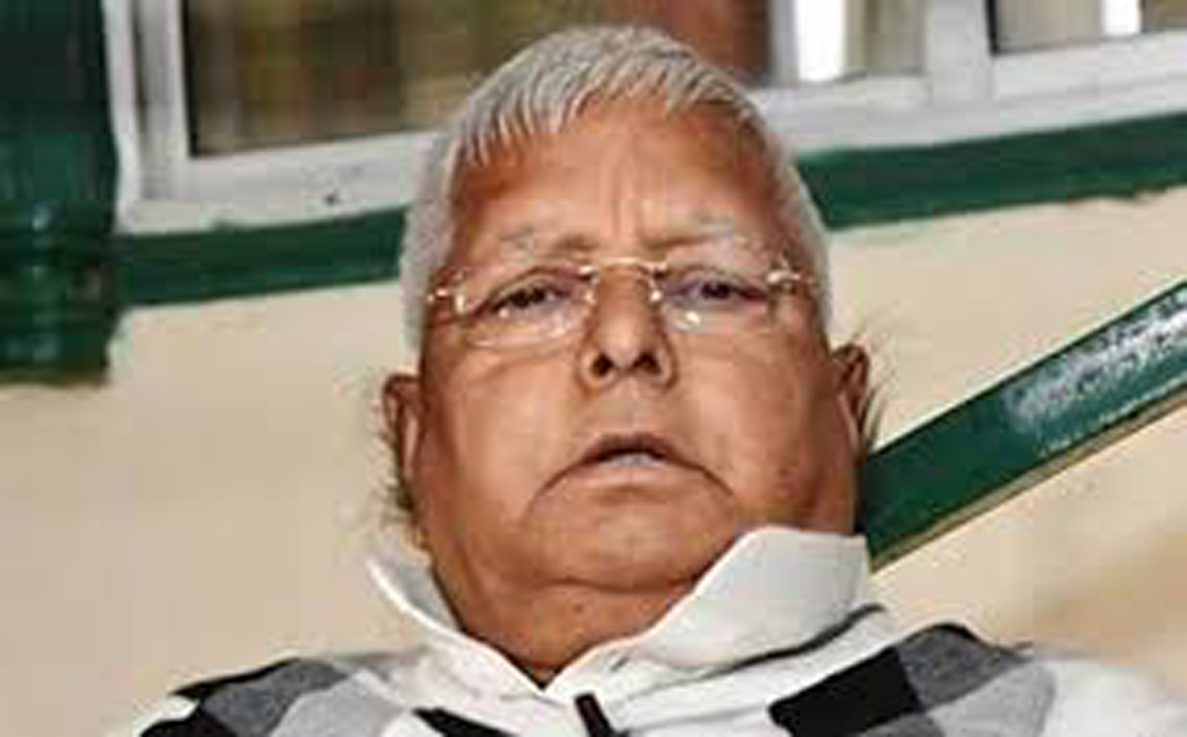 RANCHI/PATNA, May 27: Stunned by the rout of his Rashtriya Janata Dal in Bihar and Jharkhand in the Lok Sabha election, Lalu Prasad had given up lunch after the declaration of poll results on May 23 for two days.
Prasad had the meal on Sunday, May 26, after doctors, worried for his health, pleaded him that proper food intake was required for his medication to continue, Dr Umesh Prasad, head of the team looking after him, told PTI on Monday.
The RJD president is under treatment for blood pressure, sugar and kidney ailment at the Ranchi-based Rajendra Prasad Institute of Medical Sciences since December 2017 after he was sent to jail by a court, RIMS sources said.
The doctor said Prasad’s health parameters are normal.
The jovial RJD supremo, known for his earthy humours, apparently could not digest that his party drew a blank in its stronghold Bihar and also in the neighbouring Jharkhand.
This is the first instance after its inception in 1997, that the RJD could not win a parliamentary seat in Bihar but it’s the second time in a row that it failed to open account.
Heading the ‘mahagathbandhan’ in Bihar, the RJD had fought on 19 seats and shared Arrah constituency with CPI(ML); it got a drubbing at the hands of NDA on all the seats. Prasad’s eldest daughter Misa Bharti was defeated for a second time by Union minister Ramkripal Yadav, her father’s former close associate, on Pataliputra constituency.
On Saran seat, held by the RJD president for several times in the past, Chandrika Rai, father-in-law of his elder son Tej Pratap Yadav, tasted defeat at the hands of BJP’s Rajiv Pratap Rudy.
Of the 40 Lok Sabha seats in Bihar, only Kishanganj was won by Congress, a grand alliance ally. This was the first occasion that RJD went into an election without its popular leader Lalu Prasad. His wife Rabri Devi and son and heir apparent Tejashwi Yadav could do little to perk party’s poll performance.
Even during the “Modi wave” of 2014, RJD had managed to win four Lok Sabha seats in Bihar. Later, in the Bihar election, Prasad’s party in alliance with JD(U) and Congress emerged as the single largest party with 80 MLAs. Chief Minister Nitish Kumar left the grand alliance in July 2017 and joined hands with BJP again.
RJD spokesman Mritunjay Tiwari told PTI over phone from Patna, that the party would discuss in detail what went wrong for it in the election. But he said Prasad’s absence was a big reason for the drubbing.
Tiwari said the results have given the party “a lesson” which the leadership would definitely take into account to win back people’s support.
The RJD, which formed the mahagathbandhan with Congress, JMM and Jharkhand Vikas Morcha (Prajatantrik), got only Palamau (SC) seat as per the seat-sharing adjustment among them.
But it lost the seat. In Koderma, former RJD state unit president Annapurna Devi fought on BJP ticket and defeated JVM president Babulal Marandi. RJD leaders on Monday are meeting for a review of the party’s humiliating performance, its leader Kailash Yadav said. (PTI)