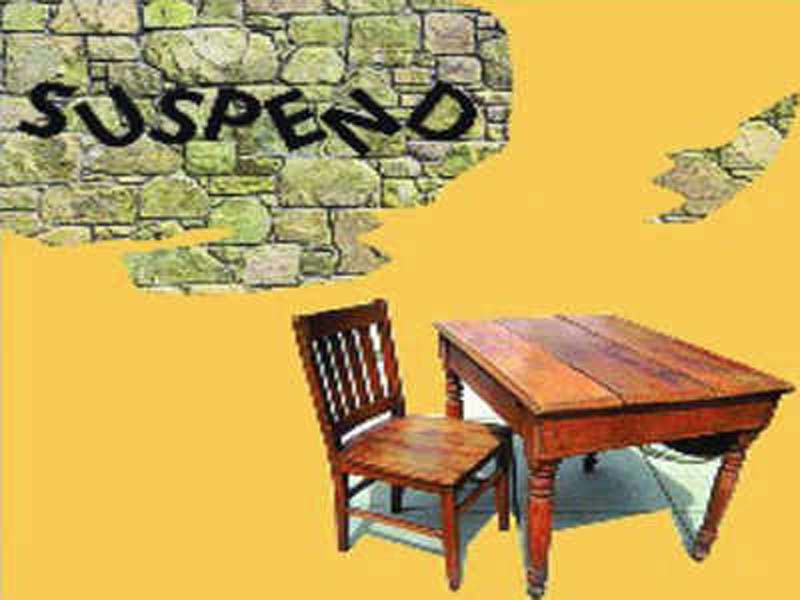 Excelsior Correspondent
JAMMU, May 24: Deputy Inspector General of Police (DIG) Jammu-Kathua-Samba range Sujit Kumar has ordered suspension of Station House Officer (SHO) Vijaypur Inspector Rakesh Bamba for carelessness and indiscipline. A departmental inquiry has also been initiated against him.
As per police sources, Kumar today paid a surprise visit to check the alertness and security aspects of Police Station Vijaypur and it was found that sentry was deployed without wearing BP jacket/patka at the main entry gate of the Police Station and a video of the same was made by the DIG.
Kumar also found that no anti-fidayeen arrangements were made at the main entry of the gate side of the Police Station, which was also videographed by him. The daily diary on the CCTN portal was pending and last maintained on the previous day i.e May 23. A video was made to record the pendency of the daily dairy by DIG, sources said.
“The order also read that the Inspector Bamba was found absent and there was no entry regarding his movement out of his area of responsibility in the Daily Diary up to 2030 hours on May 23.  The DIG enquired about the other movement order/wireless message regarding movement of SHO out of his area of responsibility and MHC Police Station Vijaypur was unable to produce anything about his movement”, sources added.
On this grave negligence security lapse of Police Station Vijaypur and carelessness /indiscipline on the part of the duty of SHO, the services of SHO Inspector Rakesh Bamba have been kept under suspension with immediate effect. SHO will deposit the uniform article in equipment store of DPL Samba and has been allowed to draw subsistence allowances as admissible under rule. He will remain present in DPL Samba during his suspension period.
“SSP Kathua Shridhar Patil will hold a departmental enquiry against delinquent officer and submit his finding to DIG JKS Range Sujit Kumar with specific recommendation within fortnight positively”, sources informed.