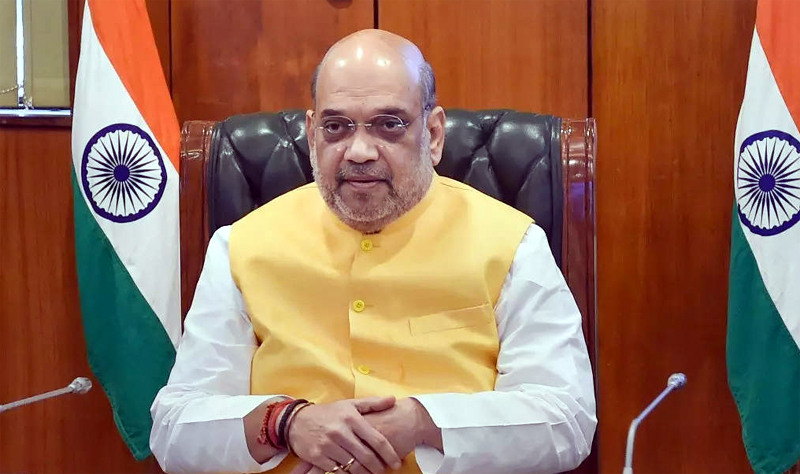 Eight Safe Zones to be created for minority employees

JAMMU, June 3: Union Home Minister Amit Shah today held three back-to-back security review meetings on Jammu and Kashmir in the Union capital with focus on surge in targeted killings, steps required to control them, relocation of minority employees in the Valley to safer areas and arrangements for upcoming annual pilgrimage of Shri Amarnath Ji scheduled to begin on June 30.
Union Minister of State in Prime Minister’s Office (PMO) Dr Jitendra Singh, Lieutenant Governor Manoj Sinha, National Security Advisor (NSA) Ajit Doval, Union Home Secretary Ajay Bhalla, Army chief Manoj Pande, Intelligence Bureau Director Arvind Kumar, DGP Dilbag Singh, DG CRPF Kuldiep Singh and DG BSF Pankaj Singh among others were present in the meetings.
The first meeting of Shah was confined with Manoj Sinha, Ajit Doval, RAW chief Samant Goel and Arvind Kumar.
“Spurt in targeted killings in the Valley, security arrangements for minority employees and arrangements for annual Shri Amarnath Ji pilgrimage dominated agenda of all three meetings,” sources told the Excelsior saying the Home Minister directed that all possible steps must be taken immediately to prevent targeted killings.
As per sources, eight Safe Zones are likely to be created in Kashmir for posting of minority employees including Kashmiri Pandit migrants, those hailing from Jammu and others.
“The Safe Zones will be protected and guarded by security personnel,” they said.
Shah is reported to have called for all steps to maintain peace in Jammu and Kashmir.
The meetings were convened in the wake of nine targeted killings by terror groups especially Lashkar-e-Toiba in the Kashmir valley whose victims included non-local employees, security personnel, an artist and local civilians.
It may be mentioned here that Jammu and Kashmir Government has already announced that all minority employees will be posted in safe locations by June 6.
Lieutenant Governor Manoj Sinha and DGP Dilbag Singh are reported to have given detailed briefing to the Union Home Minister on targeted killings and steps being taken by Jammu and Kashmir Police with help of security agencies to prevent them.
They also briefed Shah on arrangements being made for annual pilgrimage of Shri Amarnath Ji shrine in South Kashmir Himalayas. Yatra this year will start on June 30 and last 43 days till August 11.
Sources said the Home Minister issues detailed instructions on steps required for smooth pilgrimage of Shri Amarnath Ji and complete check on targeted killings.
“A series of measures are being put in place ahead of annual pilgrimage to cave shrine of Shri Amarnath Ji which include deployment of additional paramilitary forces,” sources said.
The Central Government has already sanctioned 350 additional companies of paramilitary forces for deployment during annual pilgrimage. Of them, 150 companies have reached the UT while rest are on the way and their deployment will be over by June 10.
Sources were of the view that deployment of additional companies of Central Armed Police Forces will also help check militant activities in the Valley.
The Home Minister reviewed the overall security situation in Jammu and Kashmir with special focus on protection of Kashmiri Pandits living in the Valley, sources said.
Scores of Kashmiri Pandits, who were employed under the Prime Minister’s package in 2012, have been staging protests threatening mass exodus since the killing of Rahul Bhat, who was shot dead by militants on May 12 in Chadoora area of Budgam district in Central Kashmir.
Bhat’s killing sparked demonstration by around 6,000 employees at various places who demanded their relocation outside the Valley.
The Jammu and Kashmir administration has made it clear that employees would not be moved out of the Valley but transferred to safer locations.
Official also said the recent escalation in targeted militant violence would not lead to any change in plans for holding the annual Amarnath Yatra which is scheduled from June 30-August 11.
Two persons — a Bank employee and a brick kiln labourer — were killed in Kashmir yesterday while another labourer was injured in two separate incidents. The Bank Manager was the eighth and the labourer was the ninth victim of targeted killings in Kashmir since May 1.
A woman teacher hailing from Samba district of the Jammu region was shot dead by militants at a school in South Kashmir’s Kulgam district on Tuesday. On May 18, militants had entered a wine shop at Baramulla in North Kashmir and threw a grenade, killing one person from Rajouri distrit of Jammu region and injuring three others.
Policeman Saifullah Qadri was shot dead outside his residence in Srinagar on May 24 while television artiste Amreen Bhat was gunned down in Budgam two days later.
The high-level meeting chaired by Shah was the second such exercise in less than a fortnight. He had reviewed security situation in Jammu and Kashmir on May 17 also in New Delhi.