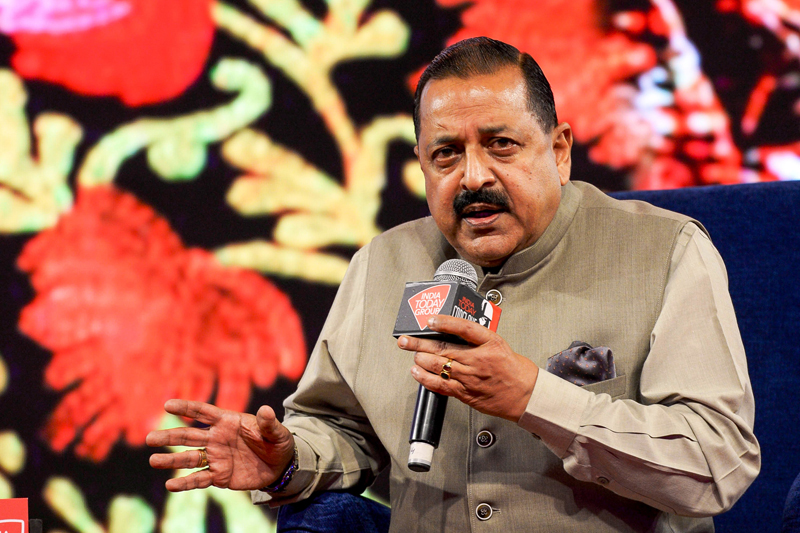 MUMBAI, Sept 20: Union Minister Dr Jitendra Singh said here today that Home Minister, Amit Shah has been very liberal, lenient and kind in executing house arrests of some political leaders and in imposing preventive restrictions in Kashmir.
Speaking at the “India Today Conclave” here, Dr Jitendra Singh said, “Don’t forget Sheikh Abdullah was sent 2,000 kilometers away, down South to Kodaikanal in Tamil Nadu for house arrest, which lasted over a decade, and that too ordered by Jawaharlal Nehru, who was personally known to be close to him”.
The jurisprudence concept of house arrest, said Dr Jitendra Singh, implies solitary confinement and snapping away all the contacts with the rest of the world, while the Kashmir leaders presently under house arrest are not only lodged in familiar environs of Srinagar, but also have the privilege to have their preferred requirements, including “Brown Bread” for breakfast and Gym for exercise.
Strongly refuting reports of clampdown or curfew in Kashmir, Dr Jitendra Singh said, there is no restriction on the common man and that is why even the TV Journalist who was interviewing him had the freedom to visit Jammu & Kashmir and Ladakh recently, and is welcome to visit again tomorrow, if he desires.
However, he said, people themselves are voluntarily reluctant to move out or allow their children to move around freely,which is not to be grudged, because every parent wants to be doubly sure about the safety of his or her children. He also strongly refuted the reports in certain quarters that there was curfew in Kashmir and asked, if there was curfew how were people moving about without a curfew pass.
Lashing out against the charge that there is any intimidation of democracy, human rights or liberty, Dr Jitendra Singh said that the new arrangement introduced by the Modi Government will actually strengthen genuine democracy by showing the door to those who won elections and ruled the State with just 10% voter turnout. As for human rights, he accused certain sections of media of carrying a brief for those who have lodged their own children in safe havens abroad and violate the human rights of the poor man’s children either by making them stone pelters or burning down the Government schools meant for them. As for the charge of curbing liberty, he said, while the Internet use is a necessity and a luxury both, safety of a human life is an absolute necessity and no luxury.
Dr Jitendra Singh emphatically said, history will prove them right and claimed that within six months, the enormous dividends of change-over will become visible. He reiterated that the common man in Kashmir is rejoicing with the new arrangement and the youth in particular has moved on to become a part of the aspirational journey of Modi’s India.