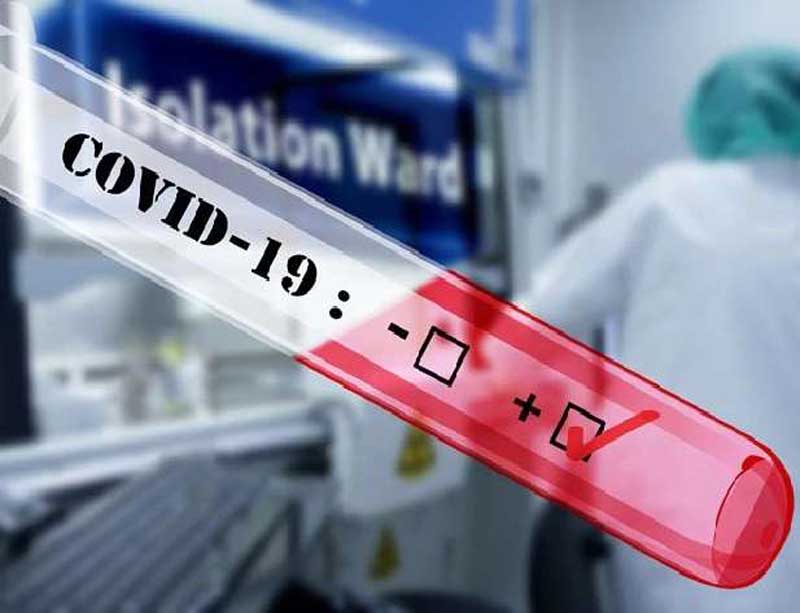 Spike in Ladakh too: 49 fresh cases

Excelsior Correspondent
JAMMU, Aug 4: Even as 119 fresh Corona positive cases were reported in Jammu region, the single day highest 291 patients were today treated for the virus and discharged from various COVID hospitals while the Union Territory of Ladakh also witnessed spike with 49 new cases, all in Leh district.
In a shocking incident, Gandhi Global Family leader Dr SP Verma attended functions including one with large gathering at different places after sampling for COVID-19. He tested positive today along with his daughter. In fact, he himself admitted having attended functions after sampling in a Facebook post and advised those who had come in his contact to go for isolation and testing.
Large number of his contacts rang up Excelsior and demanded registration of FIR against Dr Verma for exposing people to grave risk by attending the functions without waiting for his test report.
“It’s a fit case for registration of FIR as all those testing for the virus had to quarantine themselves till they test negative,’’ one of his contacts said, adding that the Gandhian was also seen shaking hands with some persons including a SHO of police station.
According to them, registration of FIR against Dr Verma will keep other people indoors after sampling till result.
Meanwhile, 41 more persons including 27 with no travel history tested positive for the virus in Jammu district today.
The cases in Jammu district were reported from Satwari, Magowali, Sanjay Nagar, Trikuta Nagar, Khour, Dansal, Channi Himmat, Shama Chak, Nanak Nagar, Gandhi Nagar, RS Pura, Akhnoor Gho Manhasan, Gangyal, Yatri Niwas and Bhour Camp.
A cashier of Big Bazaar near Jewel Chowk tested positive today after which it was sealed by police parties from Nowabad headed by SHO Deepak Jasrotia.
Nearly a dozen security personnel, most of them from CRPF, also tested positive in Jammu district.
Kabir Basti in Jammu has also been declared as Containment Zone. Six persons from the Basti had earlier tested positive for the virus.
Twenty six persons today reported positive for COVID-19 including 13 BSF personnel, nine from 187 battalion of BSF and two police constables of the District Police Lines (DPL) Udhampur, Deputy Commissioner Dr Piyush Singla told the Excelsior.
He said all positive cases of security personnel were from the Red Zones. Already a number of BSF, CRPF and police personnel have tested positive in the district especially during past few days.
In Reasi district, 28 fresh Corona cases were reported. They include 23 CRPF personnel of 6th battalion headquartered at Dhirti Painthal in Katra town and had returned from homes after availing leave.
A SSB jawan, who is a resident of Ward 7 Kahna Pouni in Reasi and had come home on leave from Kashmir also reported positive. Four other positives were travelers.
Eleven persons have tested positive for the virus in Samba district. They include three family members of an already positive BSF jawan—30-year-old wife, nine-year-old daughter and two-year-old son.
Other positives of Samba district hailed from Bihar, SIDCO complex, Gorwal Brahmana, Bari Brahmana, Glar, Ghagwal and Vijaypur.
Seven persons tested Corona positive in Doda district including six travelers and a local while four reported positive in Kathua, three of them travelers and one local.
Two more shopkeepers from City Chowk including brother of an already positive and a Photostat owner reported positive in Poonch district. All shops in major markets of Poonch town will remain closed till all shopkeepers are tested for the virus.
Rajouri, Ramban and Kishtwar districts didn’t report any Corona cases today.
Meanwhile, the district administration Reasi has imposed complete lockdown in Reasi tehsil and Market Areas of Mahore, Chassana and Sungri.
Shops of essential commodities will remain open, the district administration’s order said.
Meanwhile, record number of 291 patients were today treated and discharged from various COVID hospitals in Jammu region.
Highest number of 147 recoveries were reported today from Rajouri followed by 52 in Jammu, 42 in Kathua, 20 Kishtwar, 17 Doda, eight Poonch, two Udhampur and one each in Reasi, Samba and Ramban districts.
Jammu region now has 5104 Corona cases. Of them, 1901 are active while 3173 patients have been treated and discharged while there have been 30 casualties.
The Union Territory of Ladakh today reported 49 new COVID-19 positive cases, all in Leh district taking number of total cases to 1534—698 in Leh and 836 in Kargil and active cases to 400 including 294 in Leh and 106 in Kargil.
A total of 1127 patients have recovered from the virus in Ladakh while there have been seven casualties.
Of total positives, 44 have been admitted in COVID hospitals, 129 were in home isolation, 82 in COVID Care Centre and 140 in Facility Isolation.