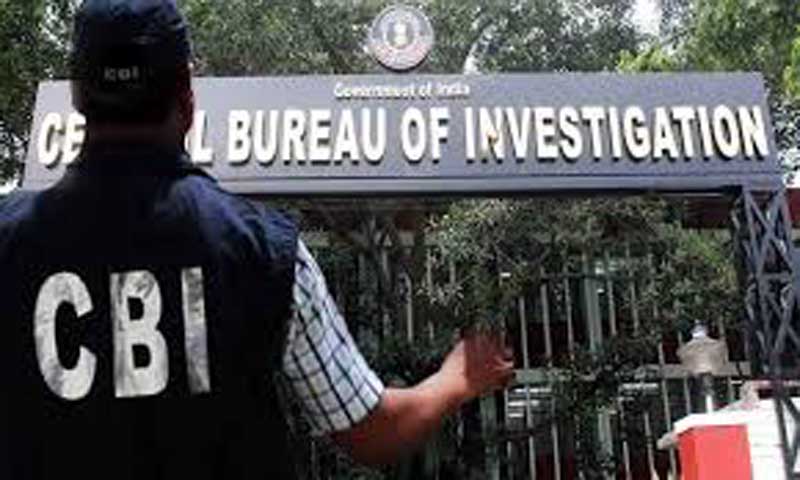 Excelsior Correspondent
JAMMU, Aug 4: The Central Bureau of Investigations (CBI) today conducted raids at 13 locations across three districts of Jammu region including offices and residences of eight officers, some of whom have retired, all affiliated with Patnitop Development Authority (PDA) in connection with encroachments at famous tourist resort of Patnitop by the hoteliers. The Agency has also booked 66 owners of hotels, lodges etc who had encroached the Government land.
Three to four former Deputy Commissioners of Udhampur district and a couple of former Ministers of erstwhile State of J&K are also on radar of the CBI for allegedly facilitating encroachments but they were not part of today’s searches which were confined to officers who had remained posted in the PDA from 1992 to 2018, official sources told the Excelsior.
The CBI conducted raids at multiple places after completing the Preliminary Enquiry and registering FIR No. 3 of 2020 in Patnitop land scam at its Jammu office. Thirty officers and officials of the premier investigating agency were involved in the raids which were conducted at Jammu, Udhampur and Kathua districts at houses and offices of serving and retired officers.
During raids, sources said, large number of incriminating documents and papers pertaining to investments of the officials have been seized.
The searches were conducted at the official and residential premises of public servants, including former CEOs of Patnitop Development Authority (PDA) K K Gupta, Dr MA Malik and SM Sahni, all of whom have retired, Rakesh Kumar Sarangal, Additional Commissioner, Jammu in the office of Divisional Commissioner, Raman Kumar Kesar, Joint Transport Commissioner and Rajendra Singh, Deputy Commissioner Sales Tax Recovery; who too had served as CEOs of PDA, and then Khilafwarzi Inspectors (PDA) Avish Jasrotia and Zaheer Abbas.
The raid was also conducted at the PDA office at Patnitop and some documents were seized from there, sources said, adding that the day-long raids concluded this evening during which COVID management measures were followed by the sleuths of the agency.
According to sources, three to four former Deputy Commissioners of Udhampur district are also on the CBI radar and are likely to be investigated in the case.
The CBI had conducted a preliminary enquiry on the directions of the High Court of Jammu and Kashmir.
Besides, 66 owners of hotels, resorts and Guest Houses have also been booked on the allegations of large scale illegal construction/encroachment of land in the tourist location of Patnitop area of Udhampur district, sources said.
Braving COVID-19 situation, a large team of 30 CBI officials had camped in Patnitop and neighbouring areas for over a month to complete the preliminary enquiry ordered by Jammu and Kashmir High Court.
After the culmination of the enquiry, the CBI had gathered enough material to proceed against officials and hotel and resort owners who were allegedly party to the criminal conspiracy to grab forest and agricultural land in violation of the norms, they said.
Roles of more officials including those from Building Operations Controlling Authority (BOCA) are under the scanner of the agency, they said.
“It was further alleged that many Hotels/Guest Houses were constructed without any permission and were not registered with PDA. It was also alleged that officials did not take any action despite being aware of such encroachment. In some cases, no compounding fee was allegedly deposited by the hotels,” sources said.