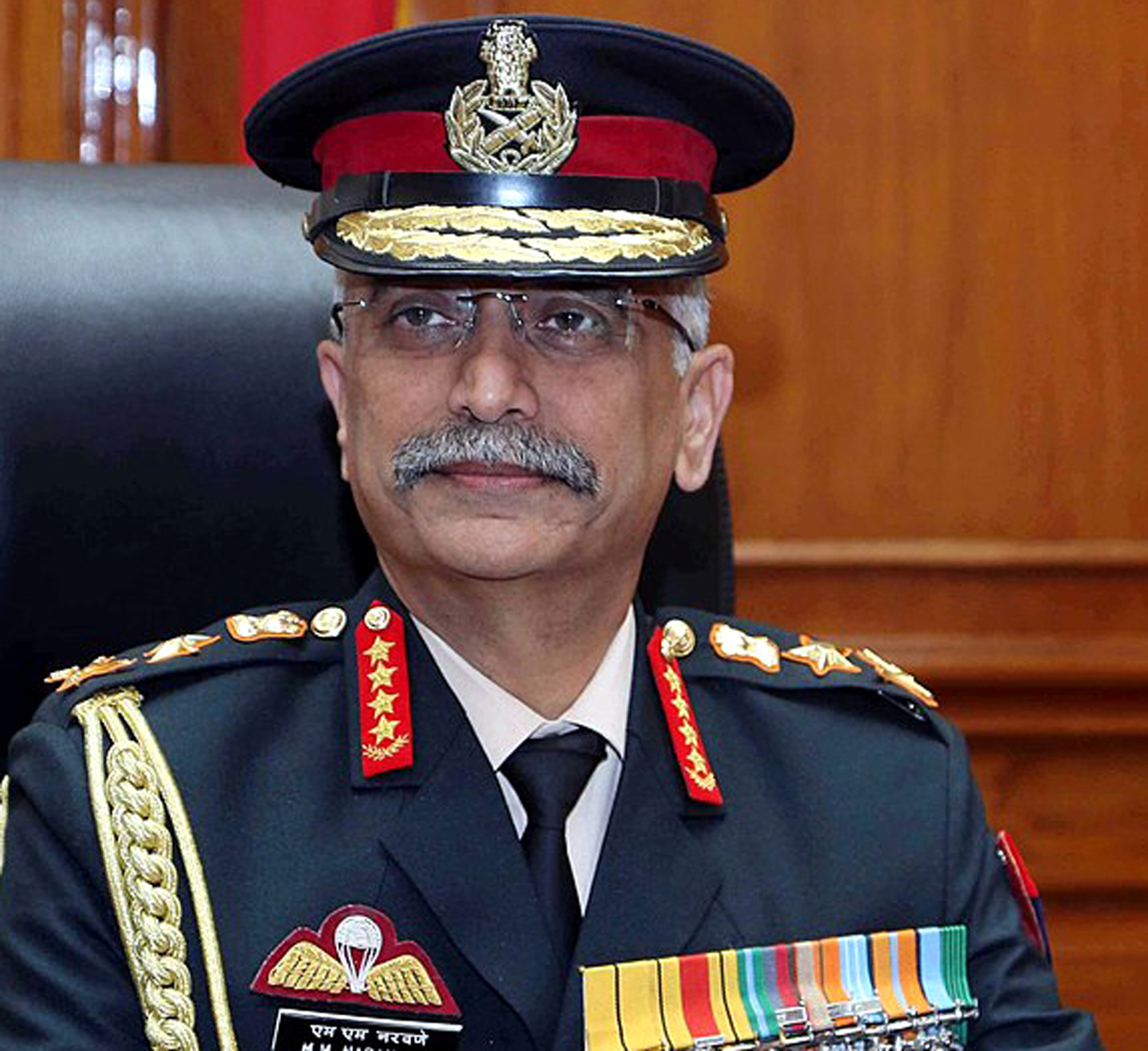 ‘Zero tolerance against terrorism’
NEW DELHI, Jan 15:  Army chief Gen M M Naravane today hailed the abrogation of provisions of Article 370 as a “historic step” and said the move has disrupted plans of the “western neighbour and its proxies,” in a clear reference to Pakistan.
The armed forces have “zero tolerance against terrorism”, he said at the 72nd Army Day function held at the Cariappa Parade Ground in Delhi Cantonment.
“We have many options to counter those who promote terrorism and we will not hesitate to use them,” he said.
On August 5 last year, the Centre abrogated provisions of Article 370 that gave special status to Jammu and Kashmir and bifurcated the State into Union territories of Jammu and Kashmir, and Ladakh, both of which officially came into being on October 31.
“Abrogation of Article 370 is a historic step. It will prove to be important in integrating Jammu and Kashmir in the national mainstream. This decision has disrupted the plans of our western neighbour and its proxies,” the Army chief said.
Gen Naravane said the country had to face some security challenges last year.
“Not only it countered proxy war but also other situations. Whether it is the LoC (Line of Control) or LAC (Line of Actual Control), we have ensured security with activeness and strength,” he said, adding that the situation at the northern borders (China border) is relatively peaceful.
The Army chief said the situation along the LoC is linked to the situation in Jammu and Kashmir.
“Today, we remember those who have made ultimate sacrifice for the country. It will keep inspiring the coming generations,” he said.
Mentioning his visit to Siachen last week, he said he was extremely happy to see all the ranks brimming with confidence at the post.
“In last few days, some of our soldiers achieved martyrdom due to avalanche. We will always remember their sacrifice,” he noted.
On the insurgency in the Northeast, he said the Army and the Assam Rifles have worked together and “the situation has improved a lot” in the region.
“And to establish peaceful atmosphere, pressure is being maintained on insurgent groups,” Naravane said.
Attending the Army Day parade for the first time as the Army chief, he also said the forces’ “eyes are also on the future warfare” and the planned Indian Army’s Integrated Battle Groups (IBGs) is an important step to face challenges that may come up later.
He said the Army’s “niche capabilities” are also being enhanced.
The Army Day is celebrated on January 15 every year to mark Lt Gen K M Cariappa taking over as Commander-in-Chief of the Indian Army in 1949 from General Francis Butcher, the last British commander-in-chief of India.
Air Chief Marshal R K S Bhadauria, Navy Chief Admiral Karambir Singh and Chief of Defence Staff Gen Bipin Rawat were also present on the occasion. It was the first time that a chief of defence staff attended the Army Day parade.
Before arriving at the parade ground, the three services chiefs and the chief of defence staff paid homage to martyrs at the National War Memorial.
Last year, the Army especially focussed on the next of kin of the defence personnel so that the jawans can focus on their primary jobs, Naravane said, adding that the “next of kin of jawans will always be on our priorities”.
The Army showcased its military might and some of its state-of-the-art assets during the majestic parade, with artillery gun systems Dhanush and K9-Vajra taking part in it for the first time, officials said.
Captain Tania Sher Gill, the first woman Parade Adjutant, led all-men contingents during the parade, drawing praise from senior officers and loud cheers from the audience, which included members of the diplomatic corps.
The Army chief asserted that fast-tracked acquisitions have enhanced capabilities of the forces, as with the induction of Sig Sauer rifles, new Sniper rifles, M777 American Ultra Light Howitzers and the K-9 Vajra earlier.
This year too, new weapon systems will be acquired, like AK-203 rifles and medium-range surface-to-air missiles, he added.
“Rest assured that the Government will fulfil all the military needs, every year. And we are going to be future-ready for contact or non-contact warfare with a focus on technological capabilities being enhanced,” Naravane said.
Friendly foreign countries have shown interest to partner with the Indian Army and it is engaged with 99 countries through defence cooperation.
Naravane asserted that jawans and officers in the Army will continue to live up to the core ethos of ‘Naam, Namak, Nishan’. (PTI)