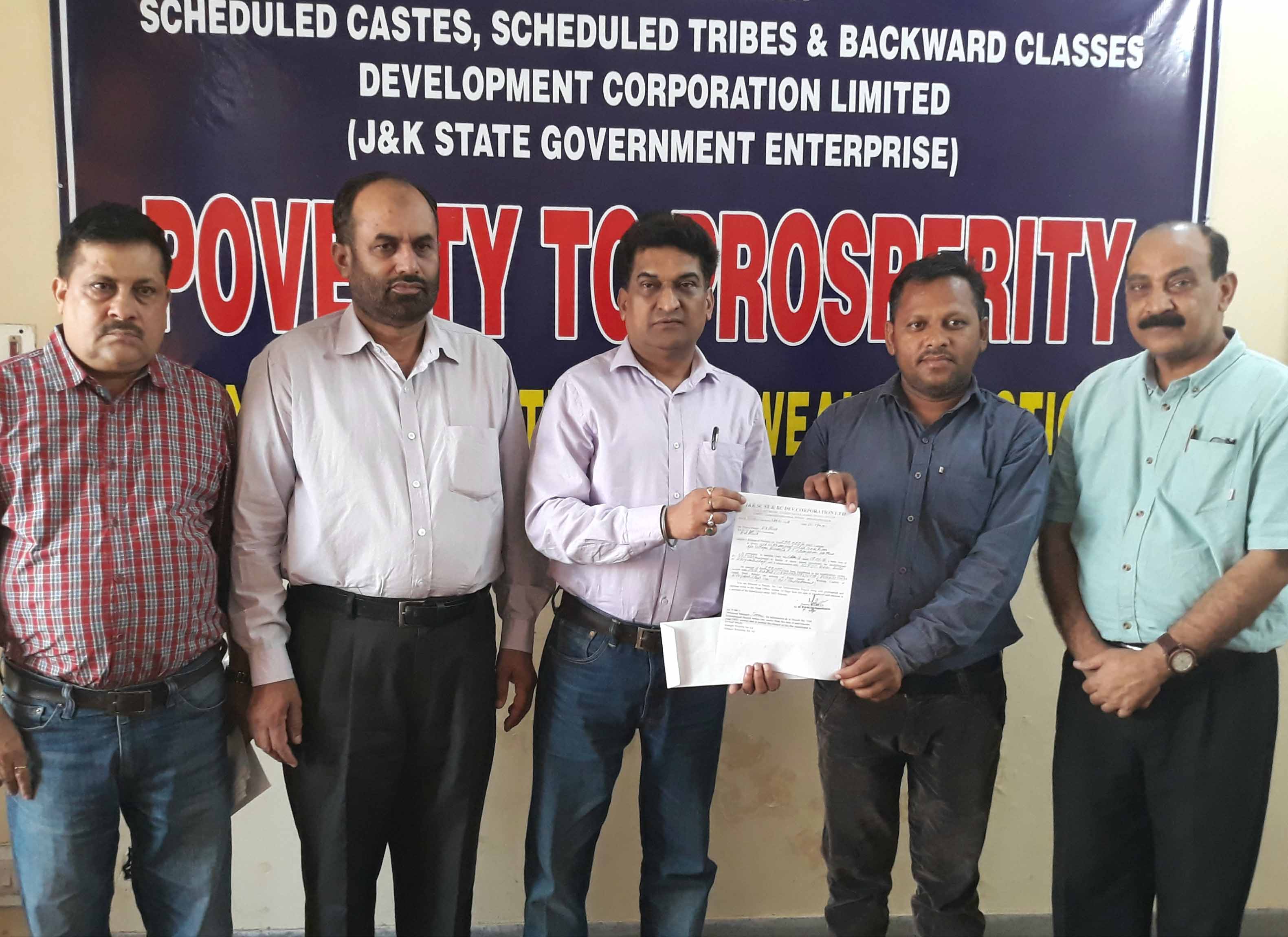 Excelsior Correspondent
JAMMU, May 30: Jammu and Kashmir Scheduled Castes, Scheduled Tribes & Backward Classes Development Corporation Limited has sanctioned an amount of Rs five lakh as loan in favour of an unemployed youth Vikramjeet of village Badala falling in Kathua district  under  Scheduled Caste category.
Payment Authority Letter (PAL) of first instalment under Direct Benefit Transfer (DBT) of Rs 2.5 lakh was handed over to the beneficiary by Vice Chairperson, Balbir Ram Rattan, in presence of Corporation General Manager, Gulam Qadir Khatana, Manager Finance, Anil Gupta and Kathua District Manager, Kuldeep Kumar Bhagat today at Head Office, Jammu.
The beneficiary, Vikramjeet, had applied for financial assistance in the form of loan for setting up of his own Karyana shop. His case was processed and found to be genuine and deserving one. Hence, an amount of Rs five lakh was sanctioned in his favour and the PAL of first instalment equal to half of the total amount was handed over to him by the VC.
The remaining amount of about  Rs 2.5 lakh will be provided to him after he arranges the required infrastructure to establish Karyana shop.
Balbir Ram Rattan, while handing over the PAL advised the beneficiary to make judicious use of the money taken by him as loan, asked him to motivate other unemployed people of his community to come forward and avail the benefits of the welfare schemes meant for their socio-economic upliftment. He also stressed upon Vikramjeet to be regular in paying back the monthly instalments of the loan availed by him from SC, ST, BC Development Corporation.