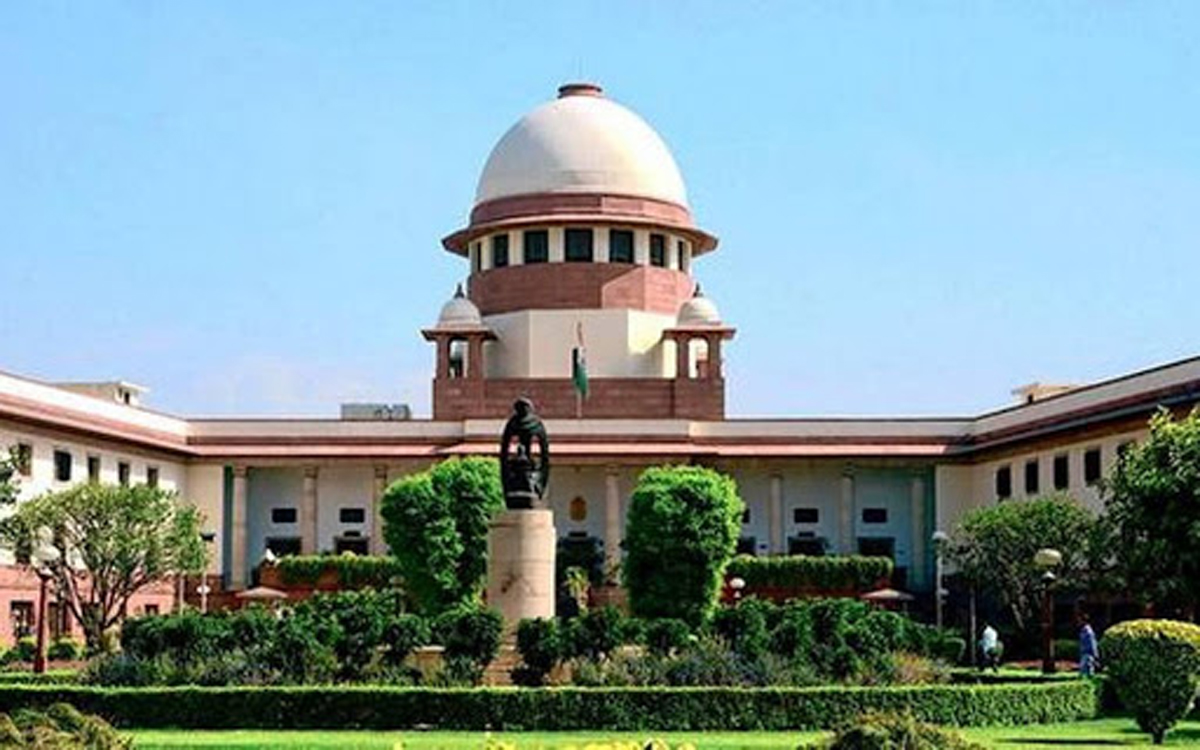 NEW DELHI, Aug 14:
The Supreme Court Friday held activist-lawyer Prashant Bhushan guilty of criminal contempt for his two derogatory tweets against the judiciary saying they cannot be said to be a fair criticism of the functioning of the judiciary made in the public interest.
Holding that Bhushan attempted to scandalise the entire institution of the Supreme Court, the top court said: “If such an attack is not dealt with, with requisite degree of firmness, it may affect the national honour and prestige in the comity of nations”.
A bench of Justices Arun Mishra, B R Gavai and Krishna Murari said: “The tweets which are based on the distorted facts, in our considered view, amount to committing criminal contempt.
“In the result, we hold alleged contemnor No.1 – Mr. Prashant Bhushan guilty of having committed criminal contempt of this Court”.
In its 108-page order, the top court however discharged the notice issued to Twitter Inc, California, USA in the contempt case after accepting its explanation that it is only an intermediary and does not have any control on what the users post on the platform.
The bench said the company has also shown its bona fides immediately after the cognizance was taken by this Court as it has suspended both the tweets.
“We, therefore, discharge the notice issued to the alleged contemnor No.2. (Twitter Inc),” the bench said.
The top court said it would hear on August 20, the arguments on the quantum of sentence to be awarded to Bhushan in the matter.
A contemnor in this case can be punished with simple imprisonment of up to six months or with a fine of up to Rs 2,000 or with both.
The bench analysed the two tweets of Bhushan posted on the micro-blogging site on June 27 on the functioning of judiciary in past six years, and on July 22 with regard to Chief Justice of India S A Bobde.
“In our considered view, it cannot be said that the tweets can be said to be a fair criticism of the functioning of the judiciary, made bona fide in the public interest,” it said.
An attempt to shake the very foundation of constitutional democracy has to be dealt with an iron hand, the bench said, adding that the June 27 tweet (on judiciary) has the effect of destabilising the very foundation of this important pillar of the Indian democracy.
“The scurrilous/malicious attacks by the alleged contemnor No.1 are not only against one or two judges but the entire Supreme Court in its functioning of the last six years. Such an attack which tends to create disaffection and disrespect for the authority of this Court cannot be ignored,” the bench said.
“The tweet clearly tends to give an impression that the Supreme Court, which is the highest constitutional court in the country, has in the last six years played a vital role in the destruction of Indian democracy. There is no manner of doubt, that the tweet tends to shake the public confidence in the institution of judiciary,” the bench said.
It said, “In our considered view, the said tweet undermines the dignity and authority of the institution of the Supreme Court of India and the CJI and directly affronts the majesty of law”.
The bench said Bhushan who has been part of the institution of administration of justice for the last 30 years, “instead of protecting the majesty of law has indulged into an act, which tends to bring disrepute to the institution of administration of justice”.
“The alleged contemnor No.1 is expected to act as a responsible officer of this Court. The scurrilous allegations, which are malicious in nature and have the tendency to scandalize the Court, are not expected from a person, who is a lawyer of 30 years standing”, it said.
Referring to the July 22 tweet on CJI, about riding an alleged Rs 50 lakh motorcycle belonging to a BJP leader at Raj Bhawan, Nagpur ‘at a time when he keeps the SC in lockdown mode denying citizens their fundamental rights to access justice’, the bench said the first part could be said to be a criticism made against the CJI as an individual but not the second part.
The bench said it would be noted that the date on which the CJI is alleged to have taken a ride on a motorbike is during the period when the Supreme Court was on a summer vacation and the vacations Benches of the Court were regularly functioning. (PTI)
“The impression that the said tweet intends to give is that the CJI as the head of the Indian judiciary has kept the Supreme Court in lockdown mode, thereby denying citizens their fundamental right to access justice. In any case, the statement that the Supreme Court is in lockdown is factually incorrect even to the knowledge of the alleged contemnor No.1,” it said.
It said that Bhushan has himself appeared on various occasions in a number of matters through video conferencing and referred to the matter in which order was passed.
“In this premise, making such wild allegations, thereby giving an impression that the CJI is enjoying riding an expensive bike, while he keeps the SC in lockdown mode and thereby denying citizens their fundamental right to access justice is undoubtedly false, malicious and scandalous,” the bench said.
The apex court had on August 5 reserved its verdict in the matter after Bhushan defended his tweets, saying they were against the judges regarding their conduct in their personal capacity and they did not obstruct administration of justice. (PTI)