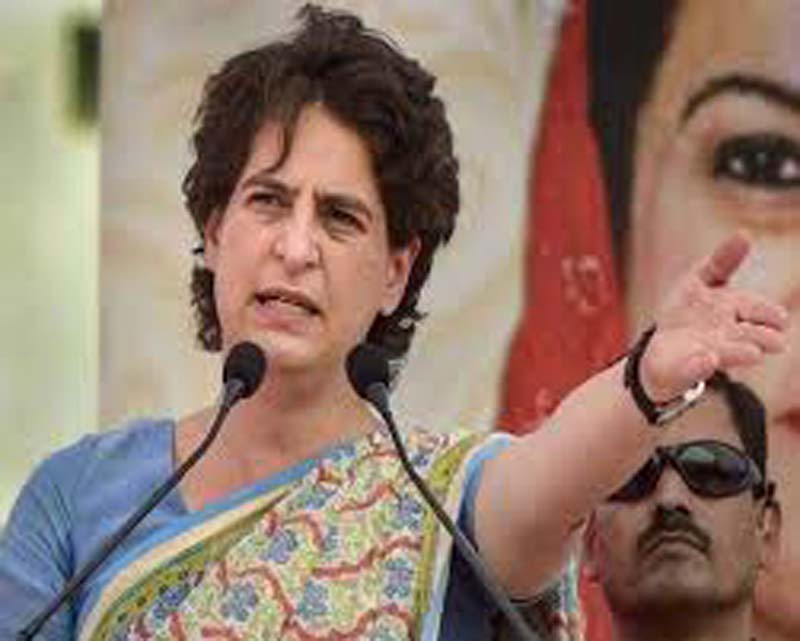 NEW DELHI, Aug 2: Congress general secretary Priyanka Gandhi Vadra on Friday said the Supreme Court’s ruling in the Unnao rape case is a “stamp” on the prevailing “jungle raj” in Uttar Pradesh and the state government’s failure.
The Supreme Court on Thursday issued a slew of instructions in the case, including directing the transfer of all five cases registered in connection with the Unnao rape incident from a court in Uttar Pradesh to a court in the national capital.
“The Supreme Court’s decision is a stamp on the prevailing jungle raj in Uttar Pradesh and the state government’s failure,” Priyanka Gandhi said in a tweet in Hindi.
“The BJP has finally acknowledged that it had given protection to a criminal and by expelling him it has taken at least one step to correct its mistake,” she said.
Facing public outrage and the opposition’s attack on the issue, the BJP expelled MLA Kuldeep Sengar (Unnao rape accused) from the party. The four-time MLA was arrested on April 13 last year after a woman accused him of raping her at his residence in 2017 when she was a minor.
Public anger over the matter exploded after he was accused of orchestrating a road accident in which the rape survivor and her lawyer were critically injured and two of her aunts were killed when their car was hit by a speeding truck in UP’s Raebareli.
The girl’s family alleged that the accident was an attempt to eliminate her. “Facing so many troubles and fighting pain, Unnao’s daughter has now hope of getting justice,” Priyanka Gandhi said in a series of tweets. “I thank all the Congress workers and citizens fighting for justice for Unnao’s daughter,” she said.
On Thursday, the Supreme Court had also directed that trial in the case to be held on a daily basis and completing it within 45 days. The apex court also directed the Uttar Pradesh government to provide Rs 25 lakh as interim compensation to the rape victim.
The court further said that the CBI will have to complete the investigation within seven days into the recent accident.
The Congress had said the BJP’s expulsion of the Unnao rape accused MLA was an acknowledgement of having “empowered” a criminal, and took a dig at the Modi government, asking why the “beti bachao beti padhao gang” was silent on the matter. (PTI)