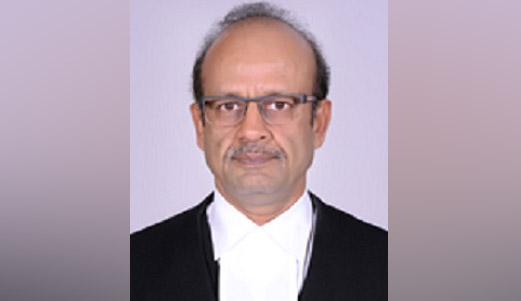 NEW DELHI, Sept 17: The Supreme Court Collegium has cleared the name of Justice Rajesh Bindal for elevation as the Chief Justice of the Allahabad High Court — one of the oldest high courts to be established in India. Justice Bindal is the senior-most Judge of the Punjab and Haryana High Court and is currently the Acting Chief Justice of the Calcutta High Court.
Among other important cases, Justice Bindal had headed the five-Judge Bench that delivered verdict on the Kolkata post-poll violence. Justice Bindal was Acting Chief Justice of the Jammu & Kashmir High Court prior to this.
Justice Bindal was recently appointed as Chairperson of a committee constituted by the Supreme Court’s e-committee to formulate modern electronic registers for use by the district judiciary across the country. The effort is to replace all manual registers or paper records.
As Chairman of a committee constituted by National Legal Services Authority (NALSA), Justice Bindal has already submitted a report on optimal use of technology, including use of Artificial Intelligence (AI).
Known for his proficiency in brining justice closer to people through computerisation, Justice Bindal was instrumental in launching a unique project, in which the post offices in Jammu and Kashmir help in delivering justice. The project uses the pre-existent postal system in 11 districts to allow citizens to register their disputes through the local post offices as well as common service centres.
Justice Bindal was elevated as a Judge of the Punjab and Haryana High Court on March 22, 2006, and remained Chairman of a committee for framing draft rules for electronic evidence. The report was submitted to the Supreme Court in November 2018.
As Chairman of a multi-member committee, constituted by the Union Ministry of Women and Child Development, to study civil aspects of International Child Abduction Bill-2016, Justice Bindal submitted report accompanied by the recommendations and draft of the Protection of Children (Inter-Country Removal and Retention) Bill-2018 to the Ministry in April 2018.
Before his transfer to the High Court of Jammu and Kashmir in November 2018, he disposed of around 80,000 cases.