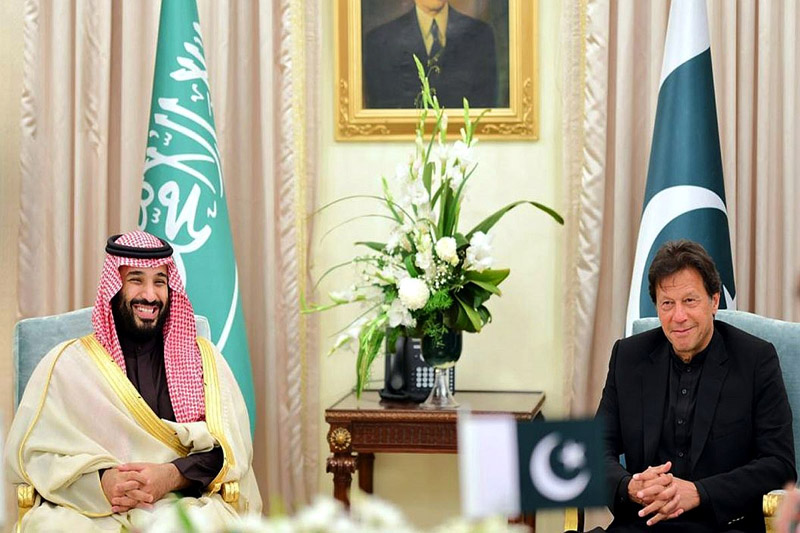 NEW DELHI, Aug 9:
Saudi Arabia has decided not to renew an agreement with Pakistan that allowed the supply of crude oil to Pakistan on deferred payments. The agreement expired two months ago.
As per the agreement, there was a provision of oil worth $3.2 billion on deferred payments per annum. The renewal agreement is still pending. The development came after Pakistan had threatened to split the OIC, (Organisation of Islamic Cooperation) headed by Saudi Arabia.
Recently, Pakistan also paid back $1 billion Saudi loans with the help of China four months ahead of the repayment period. The agreement between Saudi Arabia and Pakistan had a provision of renewal for two more years. Still, Saudi seems to have decided not to go ahead with the renewal as it stopped oil supply in May itself.
The Pakistan Government was hoping to get at least $1 billion worth of oil this fiscal year that started in July. The Oil Ministry of Pakistan said that they are still waiting for a reply of the Saudi Arabian government over the renewal.
A few days ago, Pakistan had displeasure over the refusal of Saudi Arabia led OIC to hold a meeting on Kashmir on its request. Pakistan has been asking the OIC, the biggest bloc of Islamic countries in the world, to hold a meeting of the foreign ministers of the member nations to discuss Kashmir.
Pakistan’s Foreign Minister Shah Mehmood Qureshi had said to a TV channel, “I am once again respectfully telling OIC that a meeting of the Council of Foreign Ministers is our expectation.”
Despite Pakistan’s repeated requests, OIC has refused to discuss the issue of Kashmir, reflecting the goodwill the Modi Government has earned among the Arab countries. (Agencies)