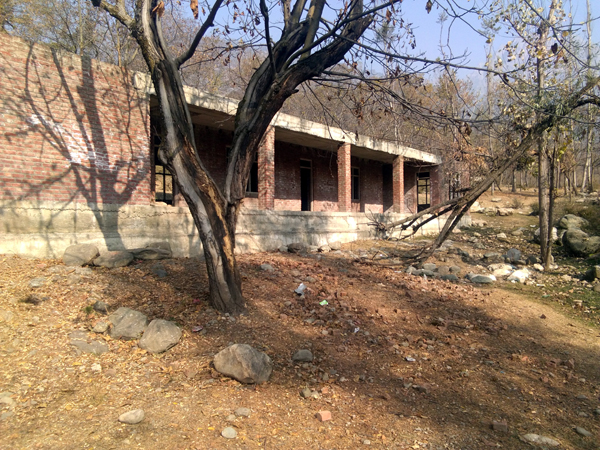 No headway even on upgradation to senior secondary level
KGBVs in Leh, Kargil remain non-functional during past many yrs

Mohinder Verma
JAMMU, Feb 16: In a major blot on the performance of the State administration, 59 residential schools sanctioned by the Union Ministry of Human Resource Development six to eight years back under Kasturba Gandhi Balika Vidyalaya scheme have yet not been provided proper infrastructure thereby leading to far less enrolment of girl students belonging to disadvantaged groups than the expected one.
Moreover, Government has failed to upgrade hostels for senior secondary school students despite release of sufficient funds by the HRD Ministry.
The Kasturba Gandhi Balika Vidyalaya (KGBV) scheme was launched in Jammu and Kashmir in the year 2006-07 for setting up of residential schools at upper primary level for girls belonging to disadvantaged groups such as SC, ST, OBC, Minority and Below Poverty Line.
The scheme was launched in educationally backward blocks where the female rural literacy was below the national average and gender gap in literacy was above the national average.
During the period between 2006-07 and 2011-12, Union Human Resource Development Ministry sanctioned a total of 99 Kasturba Gandhi Balika Vidyalayas for Jammu and Kashmir and earmarked sufficient funds for construction of buildings for all these residential schools.
However, the slackness of the administration led to spill-over of the work on each of these 99 residential schools, which resulted into escalation of the project costs and subsequent non-completion of the buildings, official sources told EXCELSIOR.
They disclosed that two out of 99 residential schools—one in Kharu area of Leh and another in Kishtwar are not functional till date as no serious efforts were made by the concerned authorities of the State administration to overcome the impediments as a result of which girls belonging to disadvantaged groups of these areas could not avail the benefit of the scheme of the Ministry of Human Resource Development.
“A total of 59 residential schools, which were sanctioned six to eight years back, are still functioning from rented accommodation which is against the spirit of the scheme”, sources said while disclosing that only 38 residential schools have infrastructure vis-à-vis guidelines of the KGBV scheme.
In the absence of proper infrastructure, these residential schools have far less enrolment than the expected one. The total intake capacity of sanctioned KGBVs is 6700 but the present roll is only 4230, sources further disclosed.
“The issue of requirement of additional funds for the completion of buildings of residential schools was debated at various forums a number of times during the past many years but no major headway has been made, which is evident from the fact that 59 schools are still functioning from the rented accommodation”, they said.
It is pertinent to mention here that following detection of embezzlement of funds in respect of certain Kasturba Gandhi Balika Vidyalayas and subsequent registration of FIRs by the State Vigilance Organization, the then Government in 2012-13 issued orders for handing over the task of construction of all the residential schools to the Roads and Buildings Department of the State but this step has also failed to yield the desirable results.
Under the newly launched Integrated Scheme of School Education-Samagra Shiksha effective from the year 2018-19, provision has been made for upgradation of KGBVs up to senior secondary level. The erstwhile Girls Hostel component of Rashtriya Madhyamik Shiksha Abhiyan has also been subsumed under KGBV component of Samagra Shiksha.
The objective behind this is to provide access and quality education to girls from disadvantaged groups by setting up of residential schools up to senior secondary level to reduce gender gaps at all levels of school education in the Educationally Backward Blocks.
Accordingly, the MHRD sanctioned upgradation of 97 KGBVs to senior secondary level but State Government has failed to make any headway in this regard.
When contacted, a senior officer of the School Education Department said, “we are trying to complete buildings of residential schools under the scheme of languishing projects and hopefully good number of KGBVs will have own infrastructure by end of current financial year”.