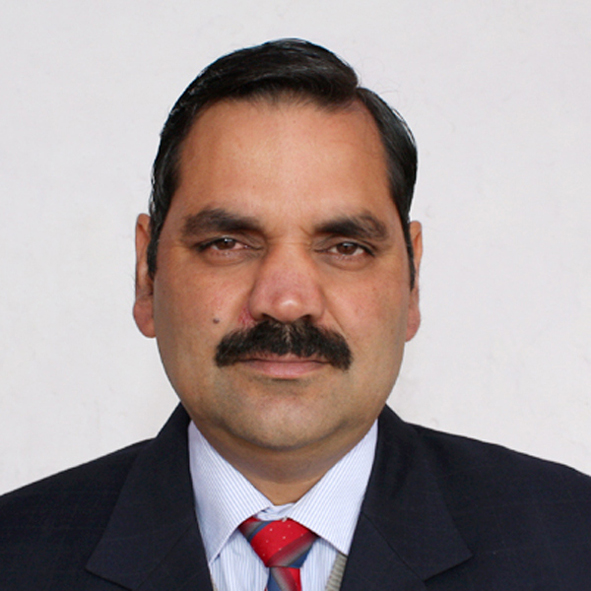 Ashwani Sharma
Nearly 59,000 rabies deaths are resported world-wide every year ,of which 20,000 in India and about 40 percent of them children below 15 years . What shocks more ,as the scientific data in the public domains, reveal that most of these deaths occur because of two prominent factors – an unaffordable treatment cost and secondly non-availability of Rabies immunoglobulin (RIG)—a WHO approved injectable serum, and rabies vaccine .
That was enough to motivate Kangra –born Dr Omesh Bharti,51, a field epidemiologist in the Himachal Pradesh health department, to do something worthwhile and save vissctims of rabid dogs and wild animals—a life threatening problem in India, also worldwide. The problem is more acute in villages of Himachal Pradesh and Jammu & Kashmir.
His 17 –year long rigorous and self -funded search has won him Padam Shri—the highest civilian honour .His name figure in the list of Padama awardees announced by the government on January 25.
What Dr Bharti has done is a revolution in the prevention of rabies.Apart from devising new cost effective protocol for treatment of the victims of rabid dogs and those bitten by wild animals (monkeys included) ,he has made the procedure simple and 100 % risk free. The cost has drastically come down at grand scale from Rs 350 against Rs 35,000.
“ Can you imagine its advantages ? The cost of the treatment is upto the reach of common man .The issue of shortage or non-availability of the RIG has also been addressed .The World Health Organisation (WHO) has accepted my protocol ,also approved globally. Millions and billions of funds spent on prevention of rabies will be saved by the countries .Death rate will also come down ”, Dr Bharti told the Daily Excelsior at his Shimla residence.
Dr Bharti’s protocol has already been successfully tested on thousands of dog and monkey bite victims in Himachal Pradesh government hospitals, including Deen Dayal Upadhaya (DDU) hospital, Shimla. Himachal Pradesh government is the first state to make treatments of the dogs and monkey bite victims free .
What’s new protocol
Till now, the treatment of rabid dog victims, or others involved intramuscular injecting patients with RIG— a serum extracted from human or horse blood. The RIG was required to be administered in large number of doses proportionate to victim’s body weight, beside his/her vaccination .This was highly cost inventive therapy (Rs 6,000-8,000 per vial).The poor patients from the villagers could not afford .They usually used to skip the treatment raising the chances of rabies, and eventually their death.
“I have seen patients dying before me since they could not afford preventive cure of getting proper doses of RIG and vaccination. A poor driver ,whose earning was just Rs 3000 pm was a victim of dog bite in a village at Sunni (Shimla ) . He could not afford high cost treatment, and died of rabies within some months. It was a painful thing to see”” recalls Dr Bharti.
After a detailed search, he discovered that instead of intramuscular injections (proportionate to patients weight) ,the victims can be treated by giving him/her localised intradermal injections only at the site of the wound (bite). A single vial of serum alone could treat 20 odd patients .This was sufficient to prevent post-exposure prophylaxis and save the life by directly injecting its small amount on the affected area.
As per him the serum administered intramuscular was a waste ,and rather could be available to treat more number of dog bite victims .The requirement ,was thus, cut down at grand scale .As a result the serum (treatment) cost also came down.
His clinical tests on patients bitten by lab-confirmed rabid dogs ensured 100 per cent prevention.
Having headed Intradermal Anti- rabies Clinic at DDU hospital ,Dr Bharti now has full-fledged Intradermal Anti-Rabies Clinic and Research Centre under the Health department .Till now, Dr Bharti claims to have saved hundreds of lives through his protocol and treated more than 20,000 bite patients ,and several domestic cattle bitten by the wild animals.
His goal is to see that India’s goal to eliminate rabies by 2030 could now be achieved before the deadline.Union Health Minister J P Nadda had already spoken to Dr Bharti and invited him to take his treatment further being adopted by other state governments.
It was in 2016, the WHO’s Strategic Advisory Group of Experts (SAGE) in Bangkok, included Bharti’s protocol in its agenda for discussion. Thereafter he was asked to submit more data. He had already 7,000 successful cases in Himachal and gave WHO all proofs. Last year WHO gave its endorsement in 2018, globally meeting all world standards to replace earlier rabies prophylaxis (preventive action) regime.