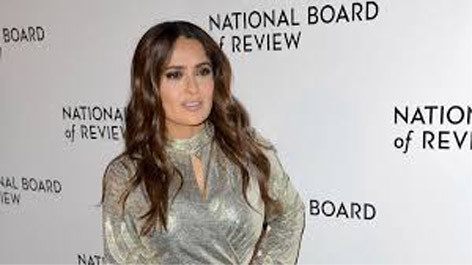 Los Angeles, May 24: Hollywood star Salma Hayek says her daughter Valentina Pinault is a talented 12 year old who wants to be a director and star as a lead in a film one day.
The Oscar-nominated actor shares Valentina with husband, French billionaire Francois-Henri Pinault.
Hayek said she has confidence in her daughter’s abilities and believes she has a long way to go.
“She has so many talents. She draws, she wants to shoot movies – both as a director and as the lead – and she writes great pieces. Sometimes when I read her work, I have an urge to produce these stories.
“But she tells me that she will do it by herself when she’s older. I don’t know what’s coming next for her but it seems that she has a lot of ways to go,” the actor told HELLO! magazine.
Hayek, 53, added she is concerned about Valentina who has always lived a sheltered life.
“Valentina has always done what she wanted, I’ve never made her do anything and this means she hasn’t yet learned how to oppose pressure, how to overcome obstacles.
“I know by experience that only the overcoming of some difficulties can lead you in the right direction,” she said. (PTI)