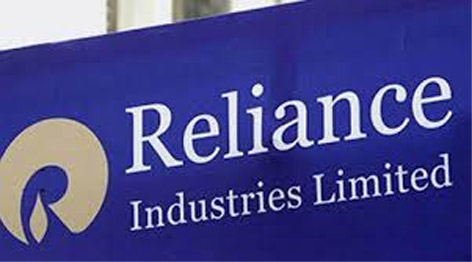 NEW DELHI, May 24: Reliance Industries has estimated a maximum liability of USD 400 million (Rs 3,000 crore) in its nine-year old dispute with the government over alleged under-utilisation of capacity at the KG-D6 field due to failure to comply with an approved investment plan.
Natural gas output from Dhirubhai-1 and 3 gas fields in the KG-D6 block in the Bay of Bengal started to lag company projections from the second year of production itself in 2010 and the field ceased to produce in February this year much ahead of its projected life.
The government blamed the phenomenon to the company not sticking to the approved development plan and disallowed over USD 3 billion costs. The company disputed this and dragged the government to arbitration.
In its mega rights issue offer document, Reliance said the central government sent notices to the firm and its partners in the KG-D6 block “disallowing cost recovery for alleged under-utilisation of capacity due to failure to comply with the approved development plan and demanded an additional share of profit petroleum.”
“The company contended that there are no provisions in the KG-D6 contract which entitle the Central Government to disallow cost recovery on this basis,” it said.
The Production Sharing Contract or PSC allows contractors to recovery all their capital and operating cost from the sale of oil and gas discovered and produced from a block before sharing profits with the government. Disallowing certain costs for recovery leads to the government claiming higher profit share.
“On November 23, 2011, our company served an arbitration notice on the Central Government seeking to resolve a dispute relating to the cost recovery provisions of the KG-D6 PSC,” the firm said.
While the two sides have filed their respective pleadings before the three-member arbitration tribunal, final hearings are tentatively scheduled from September to December 2021.
“Our potential liability in respect of, or the financial impact of this proceeding on our company, if any, pertains to the additional profit petroleum alleged to be payable to the Central Government, and is estimated to be in the range between USD 200 million and USD 400 million,” it said, adding the matter is currently pending.
Gas output from D1 and D3 fields in KG-D6 block was supposed to be 80 million standard cubic metres per day but actual production was only 35.33 mmscmd in 2011-12, 20.88 mmscmd in 2012-13 and 9.77 mmscmd in 2013-14. The output continued to drop in the subsequent years and the fields ceased to produce in February this year.
“The Government of India (GOI), by its letters dated May 2, 2012, November 14, 2013, July 10, 2014, and June 3, 2016, has disallowed certain costs which the Production Sharing Contract (PSC), relating to Block KGDWN-98/3 (KG-D6) entitles the company to recover.
“The company continues to maintain that a contractor is entitled to recover all of its costs under the terms of the PSC and there are no provisions that entitle the GOI to disallow the recovery of any contract cost as defined in the PSC,” it said.
In these four notices, the government sought USD 247 million (Rs 1,869 crore) of additional profit petroleum after cost recovery was disallowed.
The total penalty slapped till 2016, which was in the form of disallowing recovery of cost incurred for missing the target during six years beginning April 1, 2010, was USD 3.02 billion.
The PSC allows Reliance and its partners BP Plc of the UK and Canada’s Niko Resources to deduct all capital and operating expenses from the sale of gas before sharing profit with the government.
Reliance-BP had blamed unanticipated sand and water ingress for shutting down of one well after the other, leading to a drop in production.
Reliance held 60 per cent interest in block KG-DWN-98/3 or KG-D6 in the Bay of Bengal. BP had 30 per cent and Niko the remaining 10 per cent. Facing cash problems, Niko exited the blocks, leaving Reliance with 66.66 per cent stake and the balance with BP. (PTI)