E-Paper
Home Business Investment via P-notes up at Rs 57,100 cr till April 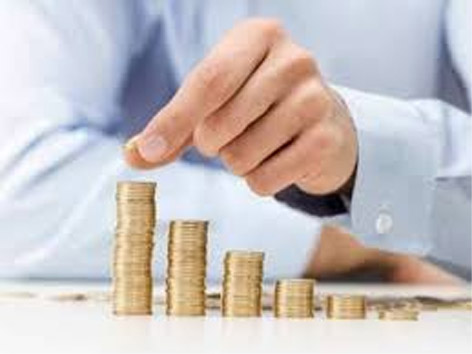 NEW DELHI, May 24: Investments through participatory notes (P-notes) in the domestic capital market increased to Rs 57,100 crore as of April 30 after falling to over 15-year low at the end of the preceding month.
P-notes are issued by registered foreign portfolio investors (FPIs) to overseas investors who wish to be part of the Indian stock market without registering themselves directly. They, however, need to go through a due diligence process.
According to Sebi data, the value of P-note investments in Indian markets — equity, debt, hybrid securities and derivatives — stood at Rs 57,100 crore until April, while the same was at Rs 48,006 crore at the end of March.
The figure at March-end was the lowest level of investment since October 2004, when the total value of P-note investments in Indian markets stood at Rs 44,586 crore.
The lower figure in March comes amid significant volatility in broader markets on concerns over coronavirus-triggered recession.
Of the total Rs 57,100 crore invested through the route till April, Rs 46,165 crore was invested in equities, Rs 10,619 crore in debt,  Rs 177 crore in the derivatives segment and Rs 139 crore in hybrid securities.
Fund inflow through the route stood at Rs 68,862 crore, Rs 67,281 crore and 64,537 crore at the end of February 2020, January 2020 and December 2019, respectively. However, it was at Rs 69,670 crore at November-end last year.
Arjun Mahajan, head of institutional business,  at Reliance Securities said the March P-note figure should be seen in conjunction with the big sell-off in Nifty, which hit a low of 7511.10 on March 24. There was global panic and risk off trade which saw panic selling globally and India was no different. The month of April saw some risk returning and therefore the P-note numbers went back up, he added.
Besides, another anecdotal evidence is the FPI outflows. The month of March saw an outflow to the tune of over Rs 62,000 crore so it needs to be looked at in a global sell-off perspective. The pace of sell-off by such investors dropped in April to Rs 6,900 crore, he said.
Mahajan further said P-note is now not a preferred route for investing in India as Sebi has made registration easier and also desirable for FPIs. However, due to certain taxation laws in India, FPIs still want to explore this route of investing.
“Another aspect that may…Be considered in current uncertain environment is that certain FPI investors, who don’t have an FPI licence, and who may not want to invest in India for long term and just invest to either capitalise on easy liquidity and also attractive valuations (when compared to historic peaks), may prefer P-note route as it gives them the option to invest for however long they want, make their target returns and go away,” he added.
Earlier in September, Securities and Exchange Board of India (Sebi) simplified KYC requirements and registration process for FPIs. Besides, the regulator broad-based the classification of such investors.
Meanwhile, FPIs withdrew a net sum of Rs 14,858 crore from the capital markets (equity and debt) in April. This was much lower than over Rs 1.2 lakh crore pulled out by them in the preceding month.  (PTI)