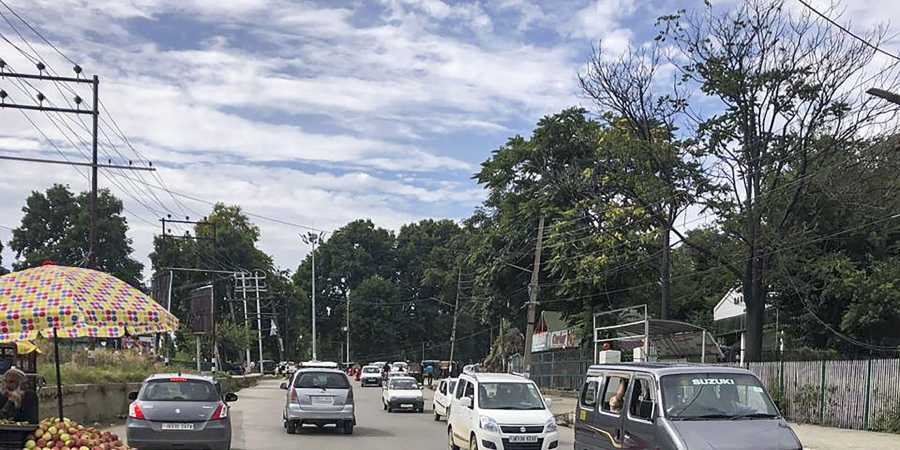 Irfan Tramboo
SRINAGAR, Nov 13: Most of the new vehicles plying on Srinagar roads these days are mostly without registration numbers because the Regional Transport Office has failed in keeping up with demand of providing new registration numbers including driving licenses.
People said that they are facing hardships in getting things done these days, as their applications for new registrations as well as the driving licenses are lying pending at the office of the transport officer.
The Regional Transport Office in Srinagar stands closed and those who throng the office for the want of services are turned away and they are being told that there is no internet facility.
Bashir Ahmad, a private vehicle owner, told Excelsior that he has been constantly visiting the RTO office in Srinagar in order to get the registration of his newly purchased vehicle done, but more than a month has passed and he is yet to get the registration number of his vehicle.
“Overall, people are suffering for want of services; those who have purchased vehicles in August, September are yet to get their registrations done, leave aside those who have purchased the vehicles in October,” he said.
For those who are applying for new licenses, the job gets even tougher as the application is to be submitted online, and those who have already applied are waiting for the driving test.
It is not only that people are not getting new registration numbers and licenses for last more than two months now, other jobs such as submitting the road taxes, applying for fitness certificates which are carried out at the RTO have also taken a hit.
Contesting the public claims that the work at the RTO has taken a hit over a period of time, Regional Transport Officer Ikram Ullah Tak, told Excelsior that the work has been going on without any halt and that they were providing all the services to people. He, however, failed in giving out the number of licenses and new registration numbers issued since August.
“We don’t have a working lease line at our office, so we are working from a NIC centre and are doing our job; we are issuing licenses and registration numbers to public,” he said.
His claim was further contested by a local dealer of two-wheelers, who said that they have failed in giving out the registration numbers to number of customers who purchased two-wheelers in the month of September.
“The registration process is to be carried out by us, we provide the customer with the Registration Certificate (RC) but we have not been able to do it for more than two months now as the RTO is a way seems to be defunct,” he said.