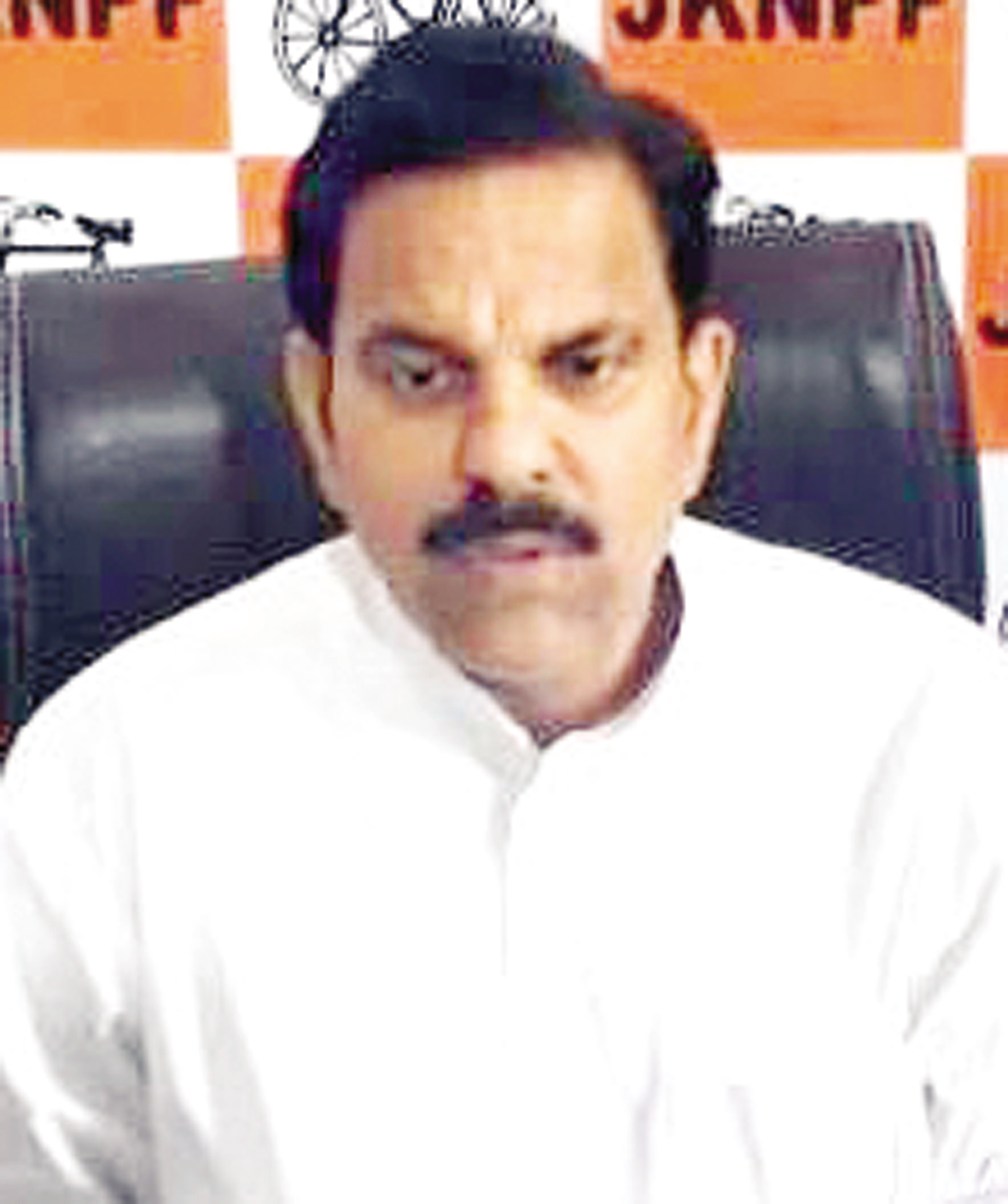 Excelsior Correspondent
JAMMU, Aug 2:  Flaying the J&K Bank for out rightly refusing to provide reply to the RTI application filed by Panthers Party, NPP chairman and former minister Harsh Dev Singh took a jibe at State’s largest financial institution for brazenly concealing en-masse backdoor appointments, rampant financial irregularities in the bank and its abuse by the corrupt politicians in the last four years.
“The J&K Bank’s tall claims of institutionalising transparency and accountability following its inclusion under the purview of the J&K RTI Act 2009 from June 17, this year have fallen flat. It has not only made a contemptuous mockery of the said Act but also derisively denied the directions of the State Government headed by the Governor”, Singh regretted.
Click here to watch video
Addressing media persons,  Harsh Dev revealed that he had filed a RTI application in the JK Bank last month to seek the concrete information in view of the allegations of several thousands of backdoor appointments made in the various branches of J&K Bank in the past four years without notifying advertisements for the posts or following the formal recruitment process. He said while the Jammu youth remained deprived by the highly biased administration, 90-95 percent recruitments were reportedly made from the Valley.
“Since, the previous Government was squarely responsible for breeding corruption, nepotism and favouritism in the sphere of employment, we had specifically sought details of posts advertised, names and residential particulars of candidates appointed in J&K Bank besides the names of Ministers/ MLAs/ officers on whose recommendations such appointments were made in the past four years. It was quite appalling and unfortunate that the bank faltered to provide information on silly excuses based on deceptive phraseology of ‘personal information exempt’ under JK RTI Act”, Harsh Dev disclosed.
Admonishing J&K Bank for refusing to reply RTI application only to conceal facts despite it being brought under the ambit of the Act recently, Harsh Dev further divulged that he had also sought the details of willful defaulters, NPAs, bad debts, over-valued mortgages, unverified borrowers, loan advanced to one much hyped M/s Himgiri Infrastructure Development Ltd by the bank, etc. with particular reference to the role of Ministers, MLAs and top bureaucrats.
He said that JK Bank not only defied the RTI Act by concealing the facts but also vindicated the startling disclosures made by Anti Corruption Bureau (ACB) over the bank’s involvement in appointing kins of BJP, PDP leaders and Ex-Chairman besides large scale financial irregularities on political considerations.

Dy Mayor enlightens on benefits of Art 370, 35-A abrogation