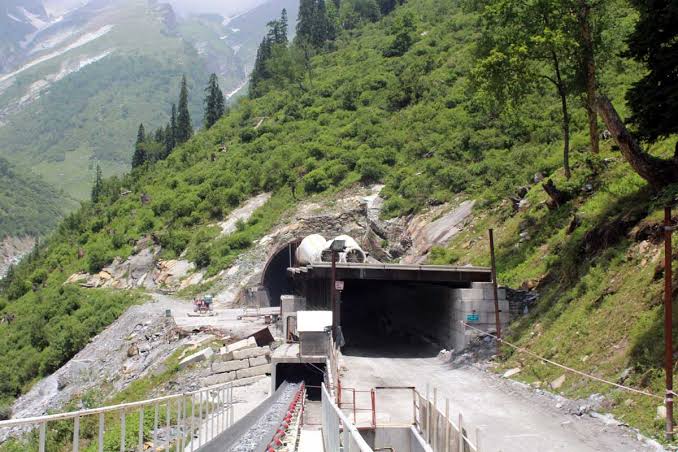 LAHAUL-SPITI: The 8.8-km-long Rohtang tunnel being built on the Leh-Manali highway may become operational in next eight months, a Border Roads Organisation (BRO) official said.

The work on the Rohtang tunnel is in its final phase and it will be completed in September, BRO Additional Director General (ADG) Anil Kumar said.

The tunnel, recently named after the late Prime Minister Atal Bihari Vajpayee, is one of the longest road tunnels in the country.

It is being built at an elevation of 10,171 feet under Rohtang Pass in the eastern Pir Panjal range of the Himalayas.  It will reduce the distance between Manali and Lahual-Spiti’s administrative centre Keylong by around 45 kilometres. (AGENCIES)