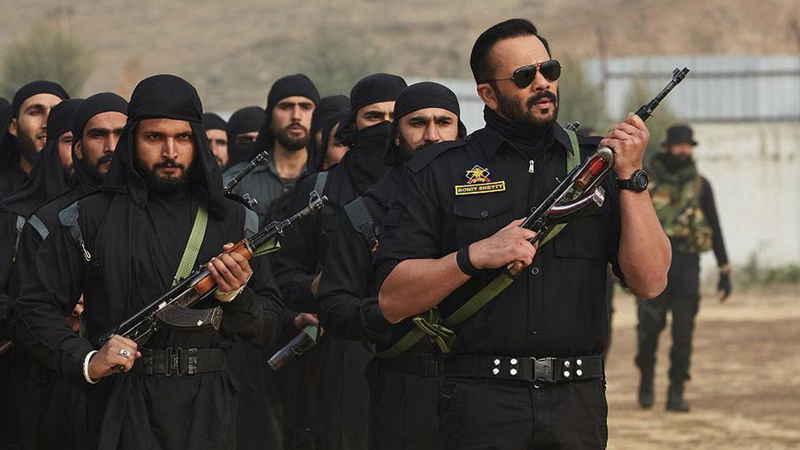 Srinagar, Jan 25: For the first time, filmmaker and producer Rohit Shetty, who is known for films such as Singham and Simmba, spends a day with the commandos of Jammu and Kashmir’s Special Operations Group (SOG) for a Discovery+ episode of “Mission Frontline” to honour the police unit.
“He joins the police force to discover how true heroes use bravery and tactical training to combat terrorism. This is the first time the police unit has been featured in an episode, giving cops big boosts who have been working with guts and determination regardless of their safety. The episode was directed by Kunal Kochar, a well-known filmmaker”, an official said.
Mission Frontline with Rohit Shetty takes us into the life of the J & K Police Special Operations Group, made up of local Kashmiris from the J & K Police, which fights militancy in Kashmir. It was established in 1994 and has been in the forefront of fighting militancy in Jammu and Kashmir.
“Bollywood director and producer Rohit Shetty joins the Special Operations Group (SOG) in Jammu and Kashmir. From meeting the officers to vigorous training, he got into real-life action. Watch Mission Frontline on Discovery+ to find out if he rose to this difficult challenge”, Discovery Plus India wrote on its YouTube channel.
Rohit Shetty, who is known for building a cop universe on film, does an excellent job of portraying a real-life cop for a day. He is full of energy from the start of the episode and demonstrates the mental and physical strength that a cop must have in the field.
He takes an active role in the training session, effortlessly overcoming obstacles such as the ram jump, crawl, and unarmed combat to reach the weapons training. He gets a first-hand look at what the commandos go through in order to combat threats and keep the people of Kashmir safe.
He doesn’t allow Tanveer Jilani, Principal Training Centre, a chance to ease upon him, and he passes every session with zeal.
As the episode progresses, Rohit shows off the abilities he learnt at the training session, joining commandos on a genuine mission to search and safeguard property from militant threats, leaving the audience fascinated.