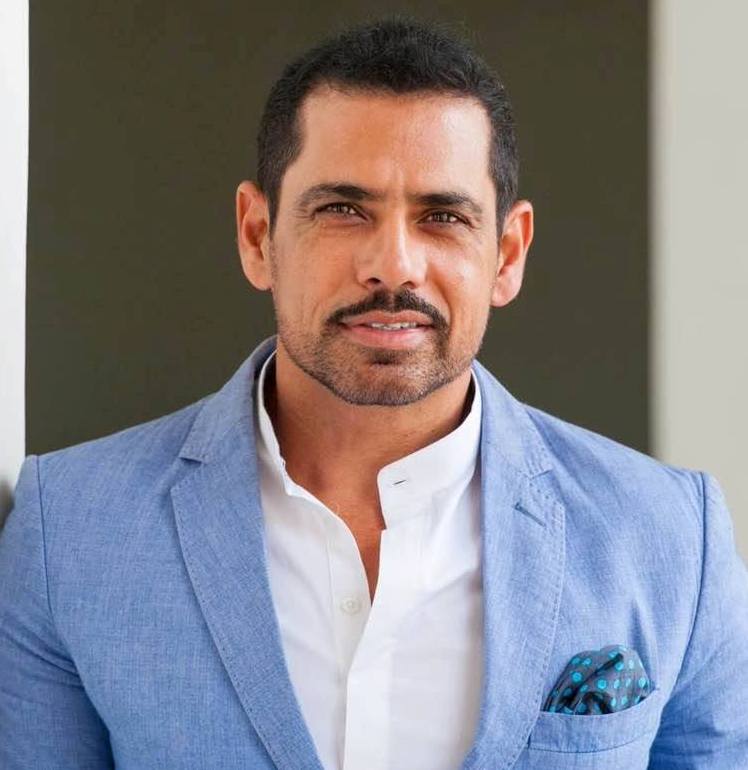 NEW DELHI, July 17: Robert Vadra Wednesday sought more time in the Delhi High Court to file his response to the Enforcement Directorate’s plea challenging his anticipatory bail in a money laundering case.
Justice Chander Shekhar granted two weeks’ time to Vadra, brother-in-law of Rahul Gandhi, to file his reply to the plea seeking cancellation of the anticipatory bail and listed the matter for further hearing on September 26.
Vadra’s counsel said he was outside India when the court’s notice on the petition was served on him and he has returned on July 11.
Vadra is facing allegations of money laundering in the purchase of a London-based property at 12, Bryanston Square, worth 1.9 million pounds. The case is being probed under the provisions of the Prevention of Money Laundering Act.
The ED, in its plea, has challenged a trial court’s April 1 order, which granted Vadra anticipatory bail.
The probe agency has sought to cancel the anticipatory bail on grounds that it required his custody as he was not cooperating in the investigation.
The high court had earlier also sought response of Manoj Arora, an employee of Vadra’s Skylight Hospitality LLP and co-accused in the case, on the agency’s plea seeking cancellation of the anticipatory bail.
The plea, filed through ED prosecutor DP Singh, has challenged the trial court’s order, saying the special judge had failed to consider the settled position of the law that bail should not be “granted in a routine manner”.
The ED has contended that if Vadra is granted the blanket protection of bail, there is a likelihood that he may tamper with evidence and influence the witnesses in the case and that the trial court had failed to appreciate that he was a highly-influential person.
It has claimed that Vadra was “non-cooperative” and in spite of being given several opportunities to come clean on his alleged role in the case, he remained evasive.
It said the protection given to him would be detrimental to its probe into certain crucial aspects, including ascertaining the exact source of the allegedly tainted money and the end use of the funds involved in the case.
Besides, the ED has alleged that Arora was aware of the undeclared overseas assets and was instrumental in arranging funds.
The separate pleas of Vadra and Arora seeking quashing of the case are also pending before the high court. They have denied the allegations.
The ED further said that Vadra has “maliciously” claimed to be a victim of political vendetta and made all possible attempts to sensationalise the case.
It said the other important aspects of the probe are related to unearthing the entire source of credits for purchasing the properties and ascertaining the details of all similar transactions in the accounts of the entities concerned.
The trial court, while granting anticipatory bail to Vadra, had directed him not to leave the country without prior permission and also to join the probe as and when called by the investigating officer.
According to the ED, it had lodged the money-laundering case against Arora after his role came up during the probe of another case filed by the Income Tax Department under the newly-enacted Black Money Act and tax laws against absconding arms dealer Sanjay Bhandari.
It has alleged that the London-based property was bought by Bhandari for 1.9 million pounds and sold in 2010 for the same amount, despite incurring an additional expense of approximately 65,900 pounds on its renovation.
ED said it has received information about various new properties in London which allegedly belong to Vadra, including two houses worth 4-5 million pounds each and six flats. (PTI)