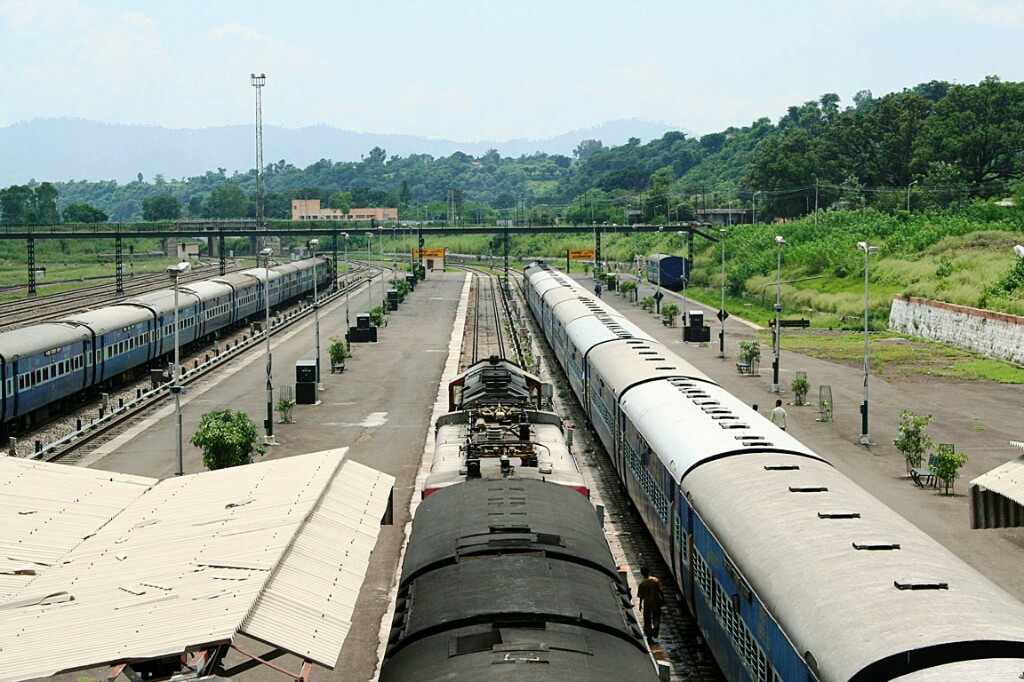 NEW DELHI, Oct 17: Railways has proposed that its strategically significant Bilaspur-Manali-Leh line along the Indo-China border, which will be the world’s highest railway track, be declared a national project, officials said today.
It has also suggested that the construction on a 51 kilometre stretch between Upshi in Himachal Pradesh and Phe in Leh begin immediately.
“The first phase of the survey for the project has been completed and initial estimates put the cost of the 465 km line at Rs 83,360 crore. This is the most difficult project undertaken by the railways and is one of five most significant projects in terms of strategic importance.
“We have suggested that the project be declared a national project as once completed it will help our armed forces, as well as boost tourism and lead to the development of the region,” said General Manager, Northern Railway, Vishesh Chaube.
The advantage of a project being declared a national project is that a major chunk of the funding for the project is borne by the Central Government.
The project, which will have a highest road point of 5360 metres above mean sea level, is comparable only to the Qinghai-Tibet Railway Line in China, which is at a height of around 2000 metres above sea level.
It was in September that Thupstan Chhewang, the BJP MP from Leh, had written a letter to the Minister of Railways to seek national project status for the project.
“It would be of national interest to sanction this Bilaspur-Manali-Leh as a national project and undertake execution of its first part from Upshi to Leh may be started immediately on priority by the Government after sanctioning its part estimate,” he had written in the letter, a copy of which is with PTI.
The 51 kilometre stretch is a gentle gradient compared to the rest of the project and is likely to be completed in two years’ time with an approximate cost of Rs 5,000 crore, said Alok Kumar, Chief Administrative officer, Construction, Northern Railway.
The line once completed will connect important locations between Bilaspur and Leh like Sundernagar, Mandi, Manali, Keylong, Koksar, Darcha, Upshi and Karu and other important towns of Himachal Pradesh and Jammu and Kashmir enroute.
The project will include 74 tunnels, 124 major bridges and 396 minor bridges, according to the first phase of the survey.
Once finished the line will reduce the distance between Delhi to Leh from the present 40 hours to 20 hours, Chaube said.
The final location survey is expected to be completed in 30 months’ time after which a detailed project report will be finalised, he said.
Meanwhile, for the first time in India, a railway station will be built inside a tunnel at a height of 3,000 metres, on the strategic Bilaspur-Manali-Leh line close to the Sino-India border, a senior official said.
While many metro stations in Delhi and other cities are inside tunnels, once completed, the Keylong station in Himachal Pradesh will be the first on the railway network to be inside a tunnel.
Keylong is the administrative centre of Lahaul and Spiti district, 26 km north of Manali and 120 km from the Indo-Tibetan border.
“The Keylong station, in the project, will be inside the tunnel according to the first phase of the location survey. This will be the first such railway station in the country. As and when the final surveys are completed, there could be many such stations on the route,” D R Gupta, Chief Engineer Construction, Northern Railway, said.
The station will be at a height of around 3,000 metres and will be inside a 27-km-long tunnel. (PTI)