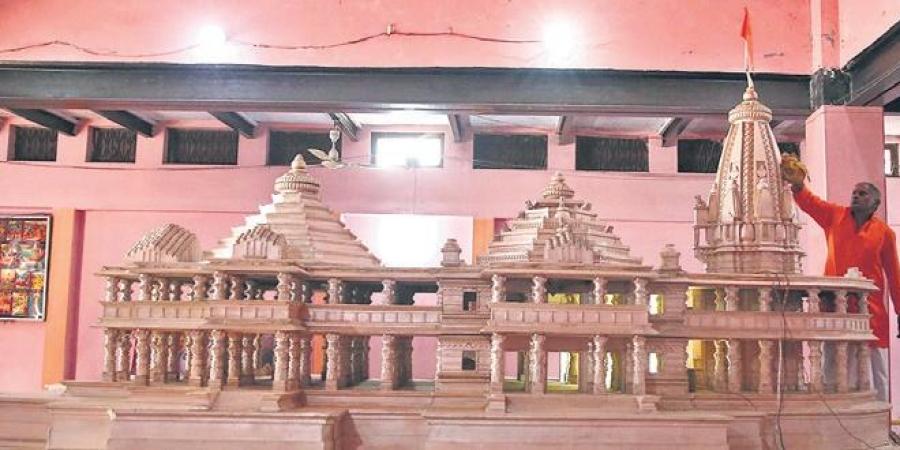 AYODHYA/NEW DELHI: Religious rituals got under way in Ayodhya on Monday, two days ahead of the groundbreaking ceremony for a temple at a spot where devotees believe Lord Ram was born.

Barricades are already in place in the temple town and Uttar Pradesh Chief Minister Yogi Adityanath issued an appeal, asking only those invited for Wednesday’s “bhoomi pujan” ceremony to come to Ayodhya.

Adityanath spent hours reviewing the arrangements for the ceremony at the Ram Janmabhoomi, where the temple will be constructed following the go-ahead last year by the Supreme Court.

Twelve priests on Monday conducted prayers dedicated to Lord Ganesh. This was to be followed by prayers to the deities of the dynasties of Lord Ram and goddess Sita. On Tuesday, prayers will be offered at Ayodhya’s Hanumangarhi temple. (AGENCIES)