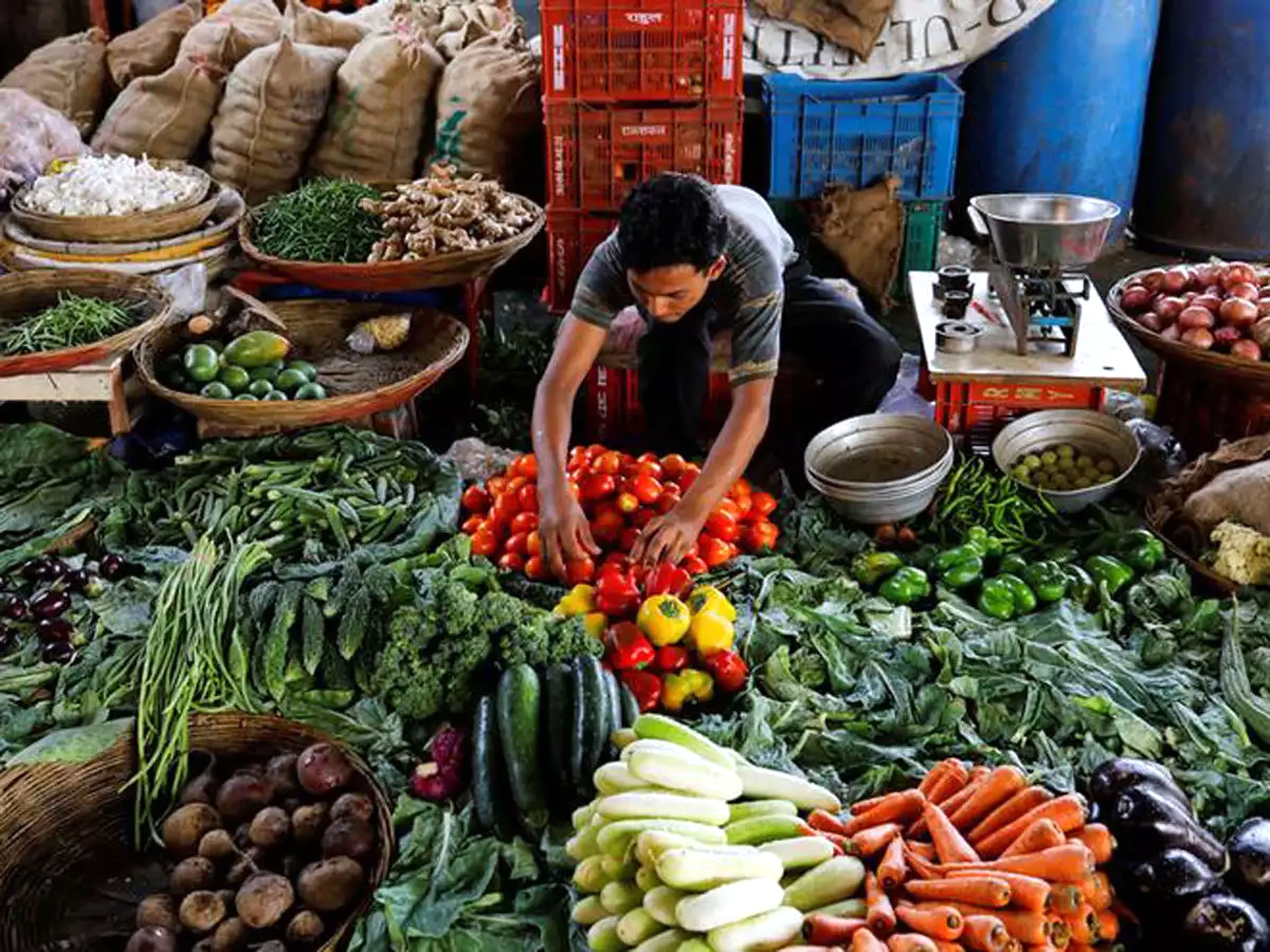 NEW DELHI, Sept 12: India’s retail inflation resurged to 7% in August, from a five-month low of 6.71% in July, led by pick-up in food price rise faced by consumers to 7.62% from 6.73% in the previous month.
Rural inflation which was at 6.8% in July, saw a sharper rise than urban inflation in August, rising to 7.15%. Urban consumers’ inflation rate moved up from 6.49% in July to 6.72% in August.
This is the eighth successive month that retail inflation has stayed above the central bank’s upper tolerance threshold of 6% inflation for the economy, and constitutes a setback to households’ spending power among the poorer sections of the population.
The uptick in inflation from July’s level was largely driven by a broad-based rise across the food segment, with a higher inflation in cereals, pulses, milk, fruits, veggies and prepared meals and snacks, said ICRA chief economist Aditi Nayar.
Inflation in cereals rose further from 6.9% in July to 9.6% in August, while Vegetables inflation which had eased to a still-high level of 10.9% in July reversed trend to record a 13.23% uptick in August.
August’s inflation rise was driven largely by domestic causes, especially the uneven monsoon and its adverse impact on food prices, noted D.K. Srivastava, chief policy advisor at EY India. He cautioned that household budgets would be affected, particularly lower income segments as food and related items take up a higher share of their consumption basket.
“While the underlying pressures on inflation have persisted due to continuing high levels of global crude prices and supply-side constraints, inter-month volatility is due to domestic developments,” he said.
With kharif crop sowing “increasingly unlikely” to touch last year’s levels, food inflation could remain a problem even though healthy reservoir levels augur well for timely rabi sowing, said Ms. Nayar.
A rebound in demand for services also lifted miscellaneous and housing inflation, and is likely to persist, she said, reckoning retail inflation could rise further to 7.1% in September. The RBI has estimated a 7.1% inflation rate for the July to September quarter.
10 of 22 major States recorded inflation over 7%, with West Bengal recording the highest price rise at 8.94% in August. Gujarat’s inflation rate also shot past the 8% mark at 8.22% in August from 7.85% in July, while Telangana’s price rise dropped marginally from 8.58% in July to 8.11% in August.
Maharashtra recorded higher inflation than July at 7.99% in August, while Madhya Pradesh (7.83%), Assam (7.73%), Haryana (7.71%) and Uttar Pradesh at 7.62%, were some of the other States seeing the highest price rise during the month. (Agencies)