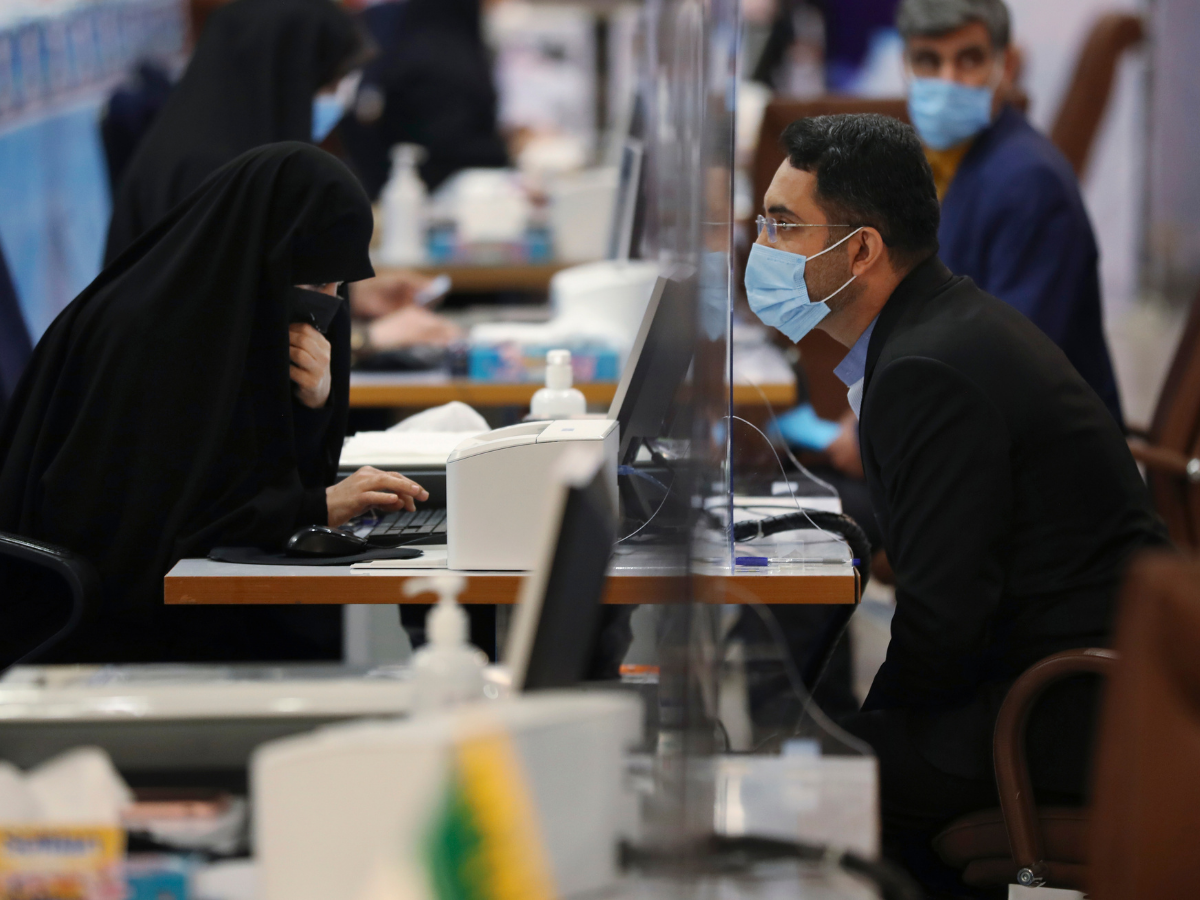 Tehran, May 11: Iran opened registration Tuesday for potential candidates in the country’s June presidential election, kicking off the race as uncertainty looms over Tehran’s tattered nuclear deal with world powers and tensions remain high with the West.
President Hassan Rouhani can’t run again due to term limits, yet with the poll just a month away no immediate favorite has emerged among the many rumored candidates. There also appears to be little interest in the vote by a public crushed by sanctions and the coronavirus pandemic.
Nevertheless, many view the country’s hard-liners as ascendant — even as the U.S. Under President Joe Biden tries to find a way to re-enter the atomic accord.
Whoever wins the June 18 vote will take over from Rouhani, a relative moderate within the Islamic Republic whose two four-year terms began with Iran reaching the nuclear deal. His time in office now draws to a close with the accord unraveled after the U.S. Unilaterally withdrew from it under President Donald Trump in 2018.
The collapse of the deal, which saw Iran limit its enrichment of uranium in exchange for sanctions relief, has seen Iran abandon those restrictions and enrich uranium to its highest levels ever.
Weeks of talks in Vienna on Iran and the U.S. Returning to the deal have yet to make major progress, something that grows less likely as Rouhani’s time in office runs out.
Within Iran, candidates exist on a political spectrum that broadly includes hard-liners who want to expand Iran’s nuclear program and confront the world, moderates who hold onto the status quo and reformists who want to change the theocracy from within.
Those calling for radical change find themselves blocked from even running for office by the Guardian Council, a 12-member panel that vets and approves candidates under the watch of Supreme Leader Ayatollah Ali Khamenei.
The nuclear deal’s collapse has seen hard-liners take control of Iran’s parliament. Some have gone as far as to call for a former military officer to take over the country — something that has not happened since Iran’s 1979 Islamic Revolution and the purge of the armed forces that followed.
Already, several possible candidates have emerged from Iran’s powerful Revolutionary Guard, a paramilitary force with vast economic interests that answers only to Khamenei. They include Mohsen Rezaei, an outspoken former top commander; Hossein Dehghan, an adviser to Khamenei; Rostam Ghasemi, a former oil minister; and Mohammad Bagher Qalibaf, the speaker of Iran’s parliament known for his support of a bloody crackdown on students in 1999.
A young generation of Guard leaders is in the mix as well, led by 53-year-old Saeed Mohammad, who once headed the paramilitary force’s Khatam al-Anbiya Construction Headquarters, which is one of Iran’s biggest business conglomerates.
Outside of the Guard, hard-line judiciary chief Ebrahim Raisi has had his name mentioned as well. Raisi ran unsuccessfully against Rouhani in 2017 despite winning 15.8 million votes, but the cleric remains popular among many as he’s led a publicised anti-corruption push. Former parliament speaker and special China envoy Ali Larijani also has been suggested as a candidate.
Among the reformists, however, a clear candidate has yet to emerge. Some have mentioned Foreign Minister Mohammad Javad Zarif, though he now finds himself embroiled in a scandal over a leaked recording in which he offered frank criticism of the Guard and the limits of the civilian government’s power.
Zarif himself has said he doesn’t seek the presidency, while at the same time once saying those criticizing him only encouraged him to consider running.
Even before the registration, the process has seen candidates blocked from running. A Guardian Council decision said a candidate needed to be older than 40, effectively barring Telecommunications Minister Mohammad Javad Azari Jahromi, who has gained a following among young people. Rouhani has urged Iran’s Interior Ministry, which runs the elections, to still register younger candidates.
Then there’s former Iranian President Mahmoud Ahmadinejad, who ignored a warning from Khamenei in 2017 not to run and registered anyway. The Guardian Council ultimately disqualified him.
Questions also remain over voter enthusiasm. Iran’s 2020 parliamentary vote saw only a 42.5 per cent turnout, the lowest ever since 1979. Official surveys suggest June’s vote may see only a 39 per cent turnout. Iran’s 2017 presidential election saw a 73 per cent turnout.
The vote comes at a crucial period for Iran. A return to the nuclear deal remains uncertain. Tensions remain high with the West. Also, Khamenei, now 82, grows older, raising the possibility Iran will choose a new supreme leader in the coming years.
Registration ends on Saturday. The Guardian Council will announce a final list of candidates by May 27, and a 20-day campaign season begins the following day. (AGENCIES)