JAMMU, Aug 14: Giving all credit to Prime Minister, Narendra Modi for correcting the biggest anomaly with erstwhile J&K State on August 5 in 2019 by abrogating the controversial Article 370, Union Minister in PMO with independent Charge of Science and Technology, Dr Jitendra Singh today asserted that now even a refugee from West Pakistan settled in Jammu & Kashmir can contest the election and aspire to become an MLA or Minister or also Chief Minister of Jammu & Kashmir.
Talking to reporters at the sidelines of a largely attended rally of West Pakistan refugees, held close to the International Border (IB) near here, today, he said while the refuges from West Pakistan who settled in other parts of the country rose to the level of Prime Ministers and Deputy Prime Minister of the country while those who settled in J&K were even deprived of their citizenship rights. This was the greatest injustice to which they were subjected to by successive Governments in J&K for 72 long years but the BJP Government led by Narendra Modi has done away with this injustice and now these people can not only caste their vote, but are entitled to contest the elections become legislators, ministers and even Chief Minister of the J&K which earlier was a distant dream for them.
He said when refugees in other parts of the country could rise to the level of PMs and Deputy PMs why not those settled in J&K become the chief ministers, he asked?
He regretted that these hapless people who came to settle over in J&K were deprived of their rights under a conspiracy. He said it is the democratic right of every citizen to cast his vote or contest elections but unfortunately these refugees different yardsticks were applied for these refugees.
Expressing full faith and confidence on them Dr Jitendra Singh said that with their hardwork, will and capacity India will emerge the world leader as they also contributed a lot in making New India.
Later addressing the function, Dr Jitendra Singh said that refugees from Pakistan have immensely contributed in the making of New India.
He said that while two of the refugees from West Pakistan, namely Dr Manmohan Singh and Inder Kumar Gujral, went on to become Prime Minister of India, the contradiction was that those of the refugees from the same category who chose to settle down in Jammu & Kashmir were not even granted the right to vote in the State Assembly election or to contest for the State Legislative Assembly election.
Earlier, he went to Bagona, the native village of Brig. Rajinder Singh, who had attained martyrdom during the Pakistan attack in 1947.
After independence, he said, they contributed in every sphere of life and brought pride to the nation. Not only this, two of India’s Prime Ministers, namely Dr Manmohan Singh and Inder Kumar Gujral are the erstwhile residents of West Pakistan, while former Deputy Prime Minister, L K Advani hailed from Karachi, he added.
Giving full credit to the courage of conviction and determination of Prime Minister, Narendra Modi, Dr Jitendra Singh said, West Pakistan refugees settled in and around Jammu had to wait for 72 years for Modi to take over as Prime Minister and correct this anomaly. In the last three years, this section of population has not only been granted all the Constitutional rights available to every other Indian but they have also attained a sense of self esteem and belonging as the citizens of India.
Referring to the completion of 75 years of India’s Independence, Dr Jitendra Singh said, India has proved to the rest of the world its capacity and inherent strength to thrive as a democratic independent nation and is now entering into the most critical phase of 25 years, which Prime Minister Narendra Modi has described as ‘Amrit Mahakaal’.
Labha Ram Gandhi and Lt Gen (Retd) R K Sharma, expressed full solidarity to the leadership of Prime Minister. 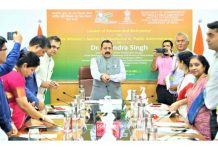 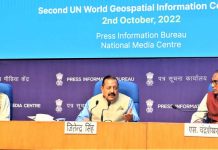 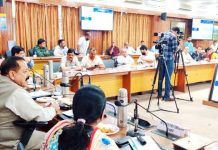 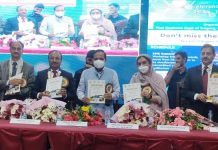 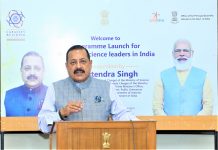 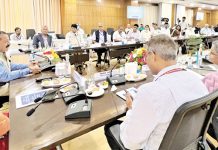 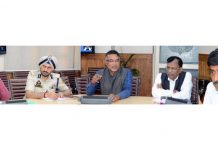 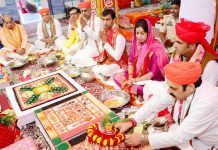 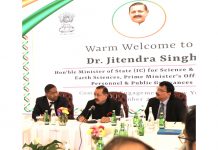 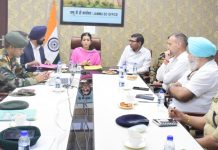 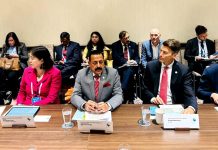 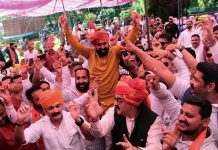