We, the people of Jammu and Kashmir, have been passing through an uncertain phase of democratic journey owing to recent reorganization of the state of J&K into two union territories, declaring Leh and Ladakh together as an independent UT under direct administrative control of Union Govt and the other UT to have own elected popular government with a Lieutenant Governor appointed in place of Governor of the erstwhile state of J&K. This historical change not only divided the territory of erstwhile state of JK but also altered its political landscape. Leaders of main stream political entities of the State especially from valley were house arrested to check any possible law and order challenge that lead to suspension of political activities giving birth to deep rooted uncertainty all around. Public utility services like schools, hospitals and general administration remained ineffective since 05 Aug 2019 despite much hyped back to village programs initiated by State Administration. It may be in the right earnest to highlight that this unprecedented act of union government brought no visible relief to the people of JK rather than creating a sense of uncertainty and deep disconnect between the people and their local leaders across political spectrum.
2. A long spell of snapped internet services coupled with various restrictions imposed on public life took general masses away from the government and allowed a sense of helplessness to prevail in day to day life. As it stands no visible initiative as propagated before implementation of Reorganization Act 2019 is made in terms of any employment package for employable youths, relief to the farmers especially when they lost crop due to unseasonal rains, improvisation of health sector to reach far flung high altitude areas and a peaceful undisturbed life to the people living along LOC/IB. Prolonged arrest of prominent political leaders of main stream parties compelled party cadres to remain indoor leaving general masses to their own fate creating an inaudible silence shrilling to indicate emergence of alternate political options for the people designed to complement BJP in the times to come. Local leaders of the BJP are found wanting to face people of JK especially valley that are hardly comfortable to accept altered status of state of J&K in comparison with altered application of Article 370. Holding election for people of JK without carrying out delimitation of constituencies for local and union elections may not be practical and it would therefore entail a delay in dispensing good governance for the welfare of the state. Uncertain arrest of political leaders with no sign to restore complete normalcy of life and political activation in the present scenario indicates decimation of local political parties to create fertile ground for emergence of BJP and their allies in the shape of third front especially from the valley. It is also an established fact that politics of Jammu and Kashmir always revolved around prominent leaders of the valley who led the formation of local government with active alignment of the political leaders from Jammu Province.
The present set of political leaders of central dispensation have therefore started attracting young generation of leaders from valley who have either deserted their cadre or have not been given due place in their parties to form so called third front who would fetch some mandate from valley in favor of BJP to prove their recent acts of altering application of Article 370 to Jammu and Kashmir besides abrogation of Article 35A and reorganization of the erstwhile state of J&K into two UTs. This may lead to reduced option for voters to exercise their mandate as desired or keep away from state elections whenever they take place after completion of delimitation process more likely in the year 2021. The people of JK in general are left to remain with temporary constitutional provision of governance under LG and his teams of few advisors who are expected to perform beyond their physical capacities as most of them are retired civil servants and age is hardly on their side.
We the people of JK are therefore compelled to believe that the unprecedented act of Union Government lacks prior evaluation of the situation where there is no scope to hold local election for almost three years which includes a long spell of Governor/President rule and the time required to fulfill mandatory condition of delimitation, and we suffered no such absence of governance even during peak militancy when local leaders and voters displayed their courage and braved active threat of militants to participate in elections to discharge their sacred duty towards Indian Constitution.
It therefore calls upon all political leaders of the state to remain committed towards welfare of the people of Jammu and Kashmir and realign their political ideologies to leave no scope for emergence of any so called third front to fracture the mandate of the people of newly formed Union Territory of JK and show absolute solidarity and commitment towards our age old unity in diversity with high regards for pluralism enshrined in our highest law of land i.e Constitution of India. Jai Hind, Jai Bharat.
(Views are personal)
(The author is WgCdr (Retd)
feedbackexcelsior@gmail.com 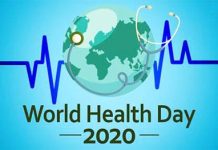 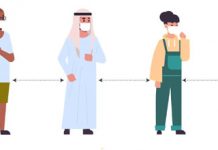 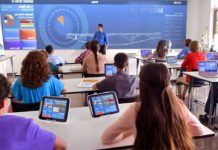