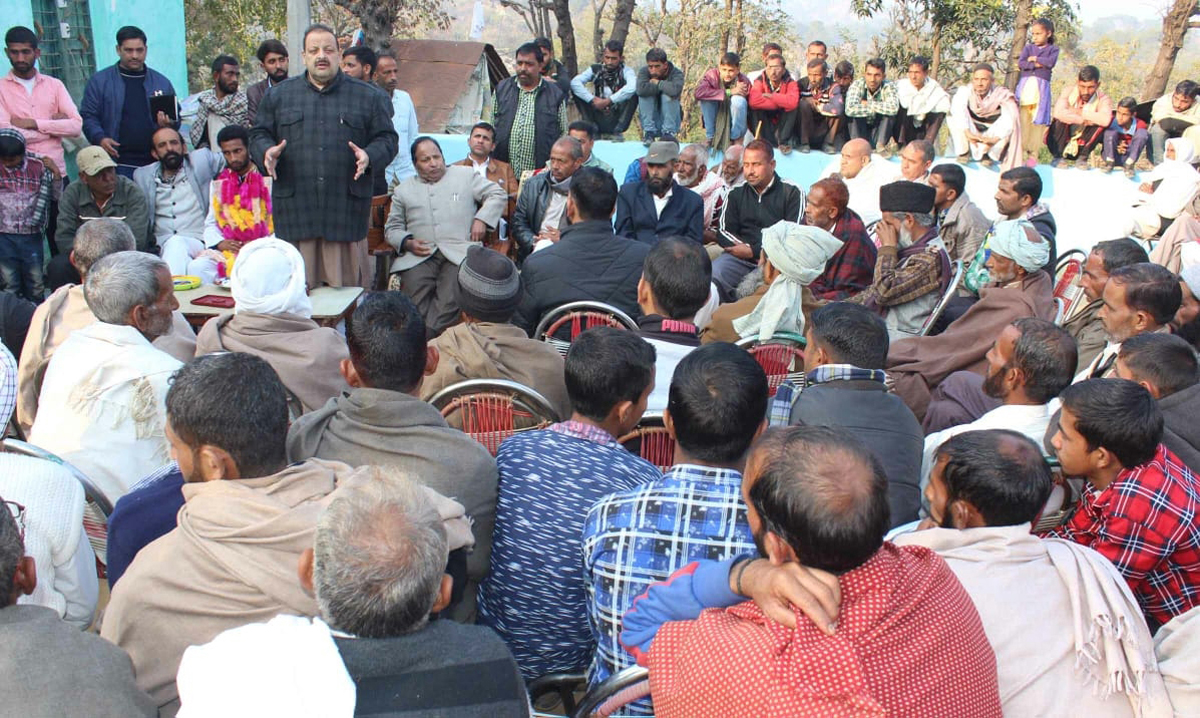 NAGROTA, Dec 28: National Conference Provincial President Devender Singh Rana today described BJP a major source of Jammu’s woes, saying its leaders superimposed their personal welfare over the aspirations of people.
“Discredited for betraying the Jammu region and failing in sustaining the mandated full term due to administrative naivety and failures all around, the BJP will have to think twice to face the electors”, Rana said while addressing workers at Chibba Nallah, Khui and Pangali areas of Panchayat Chibba in Nagrota Assembly Constituency this evening.
During the tour of these areas, State President of Jammu and Kashmir Saaf Suthra Movement Shouqat Choudhry joined the National Conference and pledged to work towards carrying forward its policies and programmes.
Rana said the BJP has lost credibility as also moral authority to seek votes again by pretending messiahs of Jammu, as it failed in keeping up the commitments during three and half years’ nightmarish rule. During this period development got huge dent and Jammu pride received severe bruises with the BJP leaders surrendering for remaining glued to power. The people are well aware about the compromises the BJP made with regard to various flagship projects initiated by the National Conference led government, providing jobs to deserving and meritorious unemployed and sitting over the genuine demand of various categories of daily wagers and casual labourers for their regularization, he said, adding that policy paralysis is resulting in dysfunctional of essential services like the drinking water.
The Provincial President said that during the tenure of BJP partnered insensitive dispensation, Jammu was pushed to backwards in respect of development and implementation of various welfare schemes.
He also blamed the BJP for playing with the sentiments of the people, who he said were so disillusioned that they had lost faith in participatory democracy. The self-styled protectors of the Jammu cause turned out villains of the region and the people, he said, adding that the people were fast realizing their mistake of reposing faith in the BJP in 2014.
He said National Conference has all along espoused the cause of the people of all the three regions and their sub-regions and is committed to empower them politically and economically in a big way. In this regard, he referred to the party’s commitment with regard to grant of regional autonomy if voted to power, saying this will have a foolproof mechanism of taking care of the aspirations of the people.
Those present on the occasion included Liaqat Ali, Ali Hussain, Noor Shah, Rafeeq Chowdhary, Bashir Kohli, Sonu Choudhary, Saif Ali Lumberdar and others.

“It is my dream to make J&K an oasis of talents”: LG