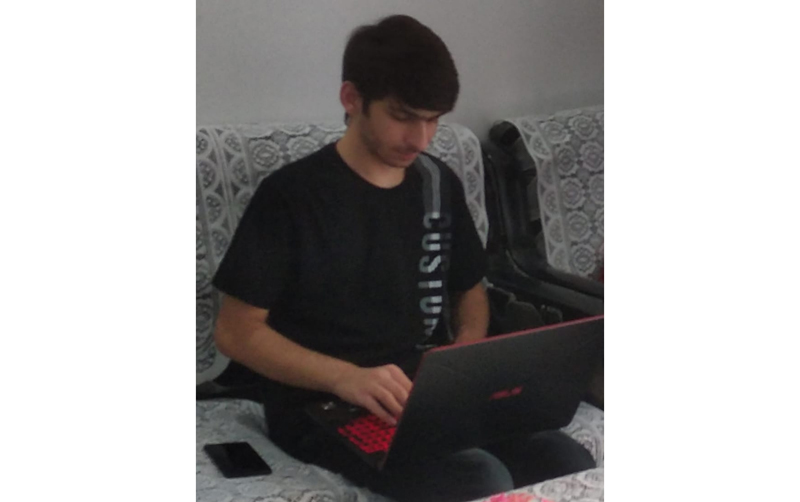 JAMMU, Aug 3: Like popular Chinese App `Share it’, a shining young boy from Rajouri has developed file sharing `Android App’.
Taking full advantage of the country wide `Lock down’ period amid COVID-19 Pandemic, this 18-year old boy, Ashfaq Mehmood, son of Parvez Ahmed of Loorkoot in Rajouri, who has just passed out from Class 12th and is preparing for entrance in Computer Sciences Engineering (JEE Advance), has achieved this success by his one month’s hard work. He named this new App as “Dodo Drop’.
A student of DPS Rajouri, this boy also remained in limelight when he was just student of Class 9th. He had developed `JamCash’ a social networking Application. His father then advised him just to focus on his studies till he enters B.Tech stream. He secured 93 % marks in 10th CBSE exam.
Talking to the Excelsior, Ashfaq said, he got the idea to develop this `Application’ when India decided to ban Chinese Apps after Galwan Valley incident. He said computer Sciences/ Software is his pet subject and he wants to excel in this field only.
While giving details, Ashfaq said, “ Dodo Drop App is an alternative to the Chinese App `Share it’, which has been banned now by Govt of India. It has a transfer rate of 480 Mbps and is quite easy to use. The transfer is secure with 256 bit end to end encryption. One can share files between Android to Android or Android to iOS/ Computer,” Ashfaq disclosed.
His farther Parvez Ahmed said, his son use to work for hours on his Laptop in his room during Lock down period and put his hard efforts for this project. “As our Prime Minister Narendra Modi has desired to develop Indian based apps to decrease Chinese/ foreign dependency and under this initiative, my son has developed this file sharing app. He is still working on some other projects but will share at the right time. This App can be downloaded from Google play store and can be easily used,” Parvez added.
The boy was also invited by the Vice Chancellor of Baba Ghulam Shah Badshah University to the Campus the other day and felicitated by him and the Varsity staff.

Amendment in Act will dis-empower PR system in J&K: AJKPC