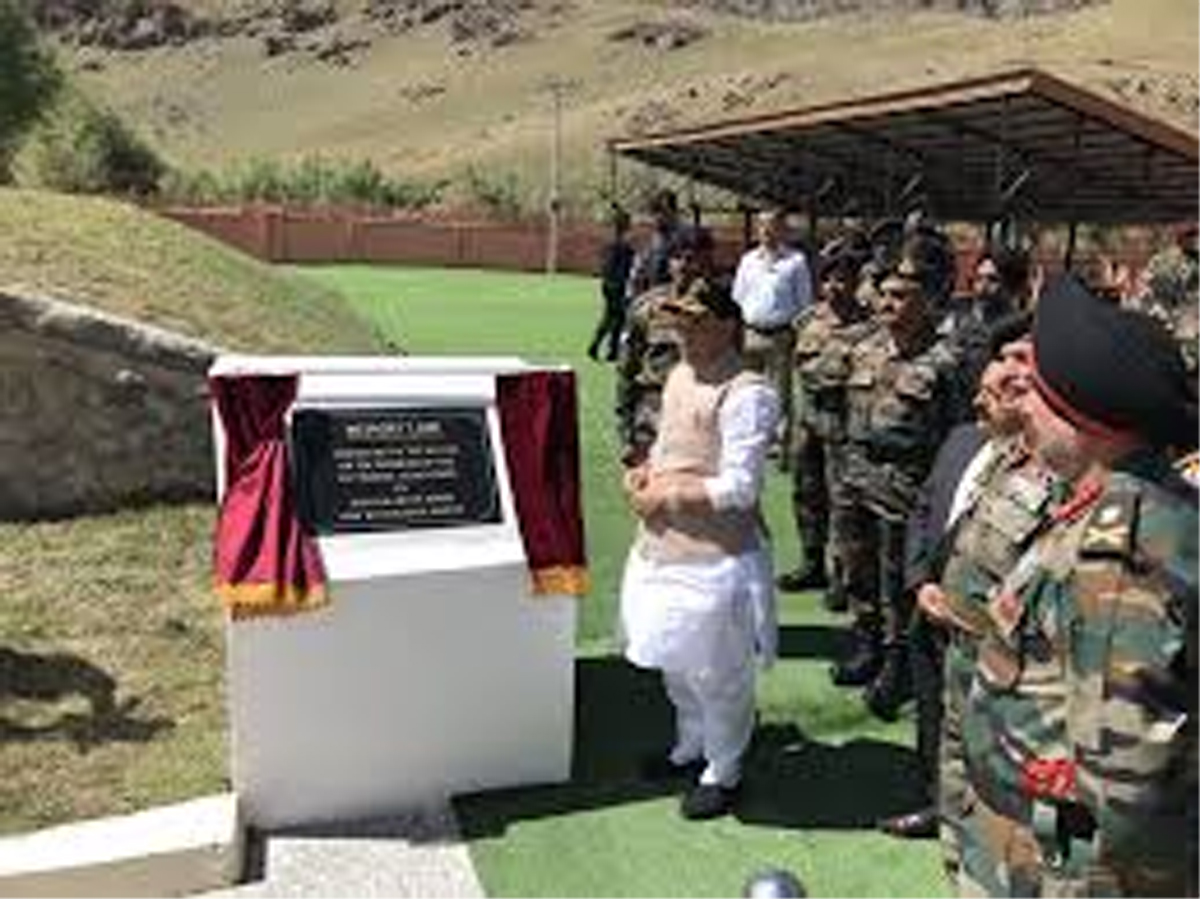 SRINAGAR, July 20:Defence Minister Rajnath Singh on Saturday visited Kargil war memorial and paid tributes to martyrs of the 1999 Kargil war.
Mr Singh, who is on a day-long visit to the state, was accompanied by Chief of Army Staff, General Bipin Rawat and other Army commanders.
The Defence Minster is visiting Kargil as the Army celebrates the 20th anniversary of Operation Vijay, during which it successfully fought Pakistani intruders in Kargil sector in 1999.
“I visit the Kargil War Memorial to pay tributes to the fallen soldiers,” Mr Singh said.
On July 14, a ‘Victory Flame’ was lit by Mr Singh at the Nation War Memorial in Delhi, which will reach Drass in Ladakh region on July 26 to commemorate India’s victory over Pakistan in Kargil.
The Defence Minister said later in the day he will visit Jammu region where two bridges built by Border Road Organisation (BRO) at Ujh in Kathua and Basantar in Samba will be dedicated to the nation.
(UNI)