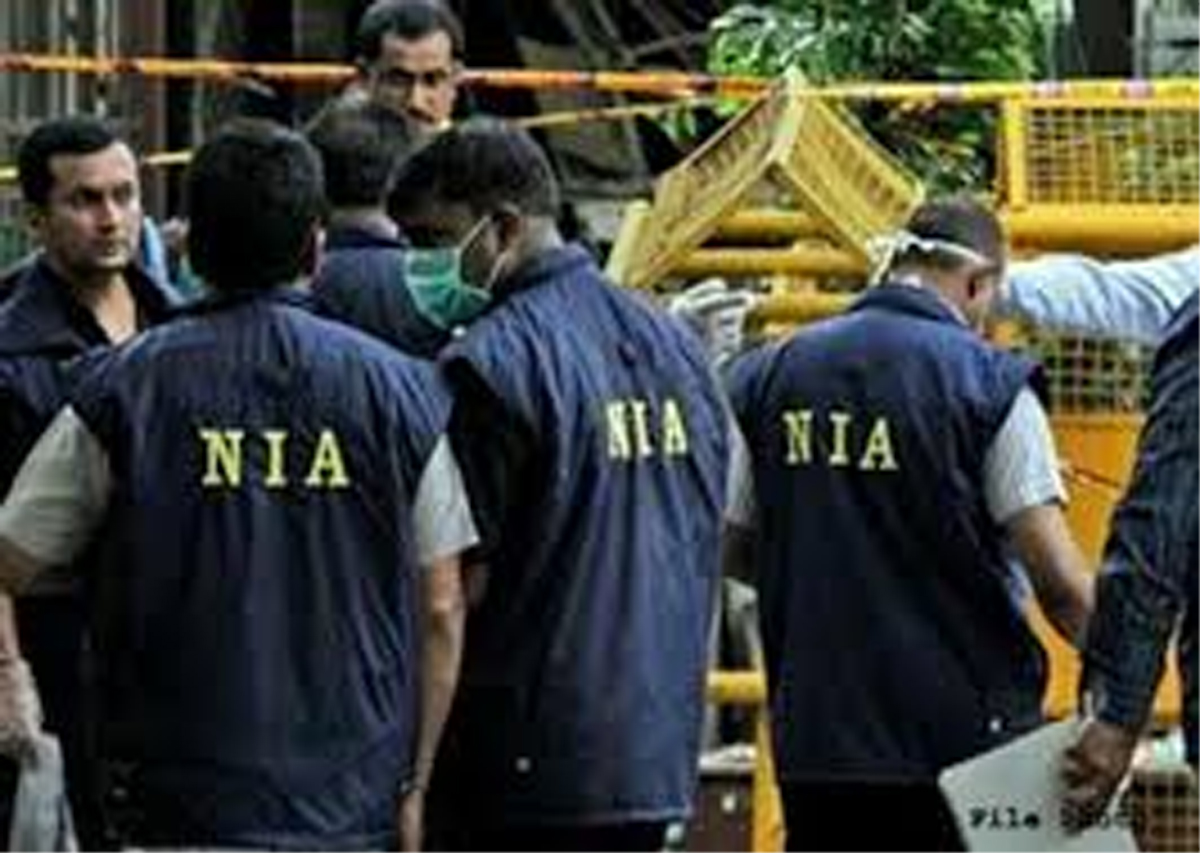 CHENNAI, July 20:A few days after arresting 16 terror suspects, including 14 deported from the UAE, the National Investigation Agency (NIA) on Saturday conducted raids at various locations in Tamil Nadu as part of its probe into the ‘Ansarulla’ terror module case. The raids were carried out in Chennai, Madurai, Tirunelveli, Theni, Thanjavur, Tiruvarur and Ramanathapuram and other districts, NIA sources said.
In Chennai, the raids were held at the residence of ISIS suspect Thoufique Ahmed at Mannady in North Chennai. The searches comes a day after a Special NIA court at Poonamallee granted the probe agency eight-day custody of 16 people arrested for allegedly attempting to set up the terror outfit, ‘Ansarulla’.
The NIA had said the agency needed to take the accused to various
places to verify the evidence collected against them during the investigation.The accused supported the ISIS and Al-Qaeda terror outfits, according to the prosecution in the NIA court.
While 14 accused were arrested after they were deported to India last week
by Saudi Arabia for allegedly attempting to set up terror outfit ‘Ansarulla’ in
Tamilnadu, two had been picked up from the state on July 13.
The NIA registered Tamil Nadu Ansarulla case on July nine against 16 accused
from Tamil Nadu and their associates under Secs 120B, 121A and 122 of IPC,
besides Sections 17, 18, 18-B, 38 and 39 of Unlawful Activities (Prevention)
Act, based on credible information that the persons, owing allegiance to the
proscribed terrorist organizations ISIS/ Daish, Al Qaida and SIMI, while being
within and beyond India, had conspired and conducted preparations to wage war against the Indian Government by forming a terrorist gang Ansarulla.
The accused and their associates have also collected funds and made
preparations to carry out terrorist attacks in India, with the intention of
establishing Islamic rule in India.
They have been actively recruiting individuals to strike terror in India and
have also been routinely posting videos and other jihadi propaganda material exhorting their supporters to conduct terrorist attacks using various methods, including the use of explosives, poison, knives and vehicles, as means of attack.
On July 13, NIA had arrested nine accused, Hassan Ali (29), son of Yunus Maraicar, a native of Nagapattinam district; Harish Mohamed (32), son of A Mohamed Yusuffudeen, native of Nagapattinam district;
Mohamed Ibrahim (58), of Nagapattinam, Meeran Ghani (33) of Theni district; Gulam Nabi Asath (37) of Perambalur district, and Rafi Ahamed (55), Munthasir (39) and Farook (26)–all from Ramanathapuram district—Umar Barook (48) of Thanjavur district.
Subsequently, on July 15, NIA arrested seven more accused, Mohamed
Sheik Maitheen (40) of Madurai city; Ahamed Azarudhen (27) of Tiruvarur
district; Toufiq Ahmed (27) of Chennai; Mohamed Ibrahim (36) of Tirunelveli
district; Mohammed Afzar (29) of Theni district; Mohideen Seeni Shahul Hameed (59) and Faizal Sharief (44) both Ramanathapuram district.
During the searches last week leading to their arrests, NIA officials seized
nine mobile phones, 15 SIM cards, seven memory cards, three laptops, five hard discs, six pen drives, two tablets and three CDs/ DVDs, besides documents, including magazines, banners, notices, posters and books. All the 16 accused were remanded in eight days NIA custody by the Special Court for NIA cases for their thorough interrogation.
Following this, special teams fanned out to the locations from where the accused
were arrested to ascertain more information.
(UNI)