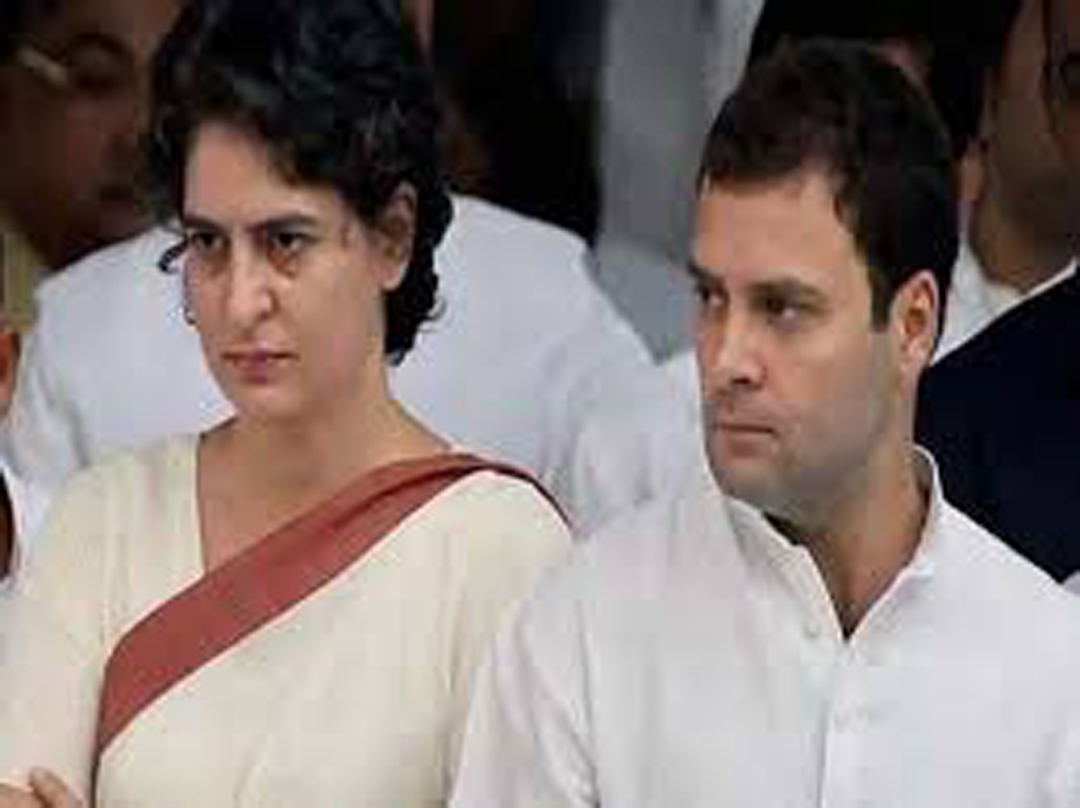 NEW DELHI, Aug 25:  The Congress today hit out at the Modi Government over the situation prevailing in Jammu and Kashmir, with Rahul Gandhi saying the opposition and the press got a taste of the “draconian administration” and “brute force” unleashed on the people there when they tried to visit Srinagar.
Congress general secretary Priyanka Gandhi Vadra slammed the Centre for alleging that the opposition was politicising the issue, saying there is nothing more “political” and “anti-national” than the alleged “shutting down” of democratic rights of people in Kashmir.
“It’s been 20 days since the people of Jammu & Kashmir had their freedom and civil liberties curtailed,” Rahul Gandhi said in a tweet.
“Leaders of the Opposition and the Press got a taste of the draconian administration and brute force unleashed on the people of J&K when we tried to visit Srinagar yesterday,” he said.
The former Congress president also posted a video of Saturday’s events, showing him unsuccessfully trying to convince authorities that he was invited by Governor Satya Pal Malik.
Rahul Gandhi was referring to Malik’s offer to “send an aircraft” for him to visit the state, after the Congress leader had said, “People were dying in the state and the situation was not normal as claimed by the government.”
The video also showed authorities reading out an order to the opposition leaders, and Rahul Gandhi addressing the media. He is heard alleging that media persons accompanying the delegation were mishandled and beaten up. He also says it is clear that things are “not normal” in Jammu and Kashmir.
On Sunday, a day after the failed opposition visit, Priyanka Gandhi posted a video on Twitter in which a woman is seen telling Rahul Gandhi, on the flight from Srinagar, the problems being faced by her family and loved ones.
“How long is this going to continue? This is one out of millions of people who are being silenced and crushed in the name of ‘Nationalism’,” she said in a tweet accompanying the video.
“For those who accuse the opposition of ‘politicising’ this issue: There is nothing more ‘political’ and ‘anti national’ than the shutting down of all democratic rights that is taking place in Kashmir,” Priyanka Gandhi said.
“It is the duty of every one of us to raise our voices against it, we will not stop doing so,” she added.
Senior Congress leader Shashi Tharoor said it was “quite clear” that the Governor’s invitation to Rahul Gandhi to visit Kashmir was not sincere.
“No wonder my proposal during the Kashmir debate in Parliament to permit an all-party delegation to visit, got no reply. Government can’t be open about what it’s doing,” he tweeted. (PTI)