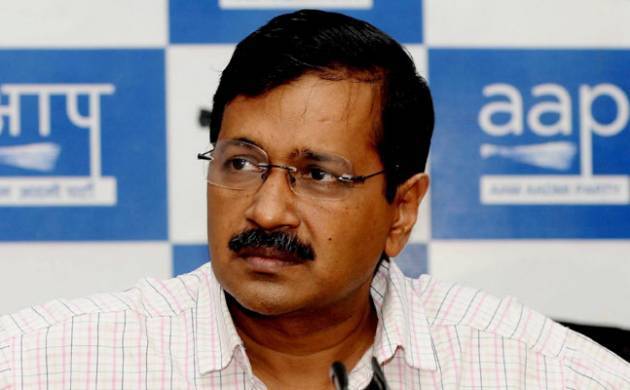 NEW DELHI, May 10: Delhi Chief Minister Arvind Kejriwal on Friday accused Rahul Gandhi of harming the SP-BSP alliance in Uttar Pradesh, the Left in Kerala, the Trinamool Congress in West Bengal and the Aam Aadmi Party in the national capital, saying the Congress chief will be responsible if Narendra Modi comes back to power.
The AAP national convenor’s attack, during a wide-ranging interview to PTI, comes two days ahead of elections in Delhi, which is witnessing a three-cornered contest as talks for an alliance between the Congress and the AAP did not fructify.
“Congress is harming SP-BSP alliance in UP, Left in Kerala, TMC in West Bengal, TDP in Andhra and AAP in Delhi..If Narendra Modi comes back to power, Rahul Gandhi will only be responsible,” Kejriwal said.
“It is appearing as if the Congress is fighting the polls against opposition parties and not against the BJP. The Congress is acting as a spoilsport,” he added.
The Delhi Chief Minister alleged that Prime Minister Narendra Modi had “totally failed” in delivering anything in any of the key sectors and that is why he has been resorting to “fake nationalism”.
“Modi-ji’s nationalism is fake. It dangerous for the country,” Kejriwal said.
“He is using the armed forces to get votes as he does not have any work to show,” he alleged.
The AAP national convenor, who along with Anna Hazare led a massive anti-graft agitation against UPA II between 2011 and 2013, said Manmohan Singh as prime minister was a thousand times better than Modi.
Kejriwal said the BJP is not going to retain power.
“Our only aim is to stop Modi and Shah from coming back to power. We will support anyone other than the duo,” he added.
He said his party will perform well in the national capital.
“A month back, I thought it will be a fierce fight. But the situation changed dramatically in the last 10 days. I am witnessing a situation similar to the atmosphere when we got 67 seats in 2015. I will not be surprised if we get all seven seats,” he said.
Kejriwal said the BJP is seeking vote in the name of Modi but the AAP is banking on its work in the fields of education, health and water supply and lower electricity tariff.
“Modi-ji cannot say I made schools, hospitals, brought down electricity tariff, ensured drinking water supply. He failed in every sector. He has not delivered anything,” he alleged. (PTI)