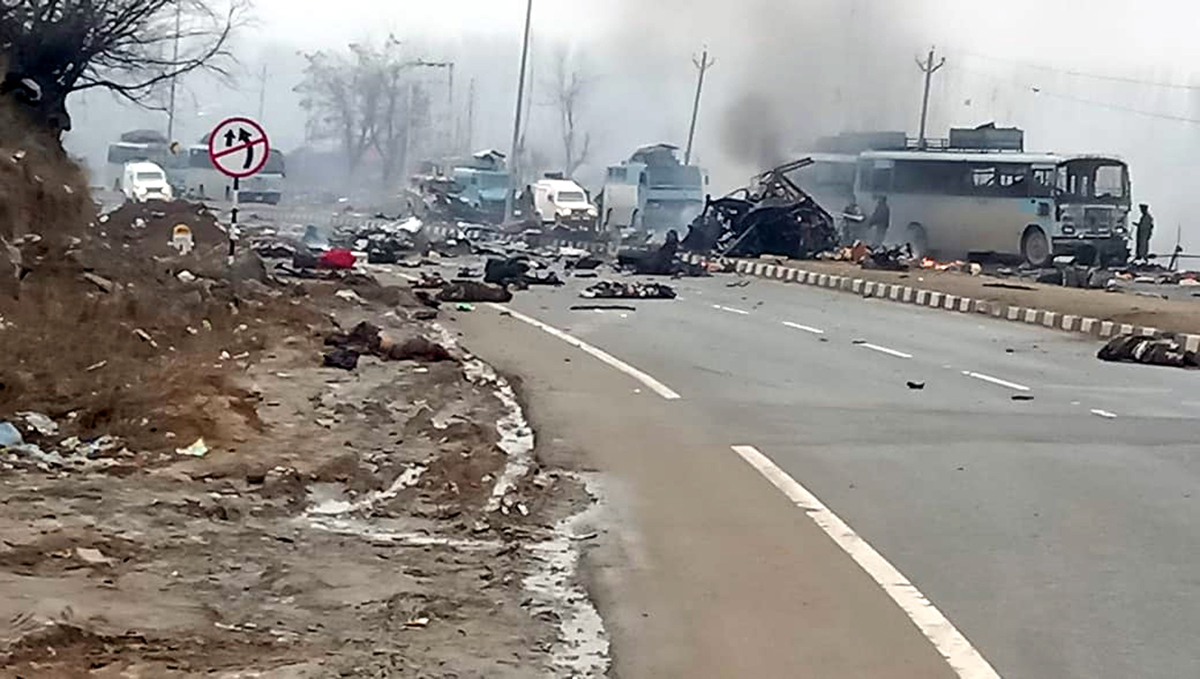 NEW DELHI : Aadhaar cards, ID cards, leave applications and certain other articles were the only things left of most of the 40 CRPF personnel killed in the Pulwama terror attack that helped their colleagues identify them, officials said Friday.

Five CRPF personnel were also injured in Thursday’s attack, one of the deadliest in Jammu and Kashmir in three decades, when a suicide bomber rammed a vehicle carrying over 100 kg of explosives into their bus in Pulwama district.

Officials said as the bodies of the troops were badly mutilated and charred due on the impact of the RDX-triggered blast, it became very difficult to ascertain their identities.

Most of the slain jawans were either identified by their Aadhaar cards, force IDs, PAN cards or leave applications kept in their pockets and bags.

Some of them were identified by their colleagues by the watches or wallets they had on, a senior official said.

A good number of men, another official said, escaped death by sheer luck as they aborted their journey last moment.

The officials at the Srinagar and Jammu bases of the Central Reserve Police Force (CRPF) undertook the daunting task of making hundreds of calls to the families of the jawans who were part of the convoy to establish that none was missing and the identities of the dead were correct.

One jawan was found to be in Delhi while another had aborted the journey last moment due to some urgent work in Jammu, the second official said.

As the bodies were badly mutilated, they said, it took a long time for the doctors and the force brass in Srinagar to declare the number of casualties.

The CRPF headquarters in Delhi released a list of the 40 killed personnel only late Friday evening after their identities were firmly established with the help of forensic profiling and matching them with their belongings that were recovered from the blast spot, they said. (Agencies)