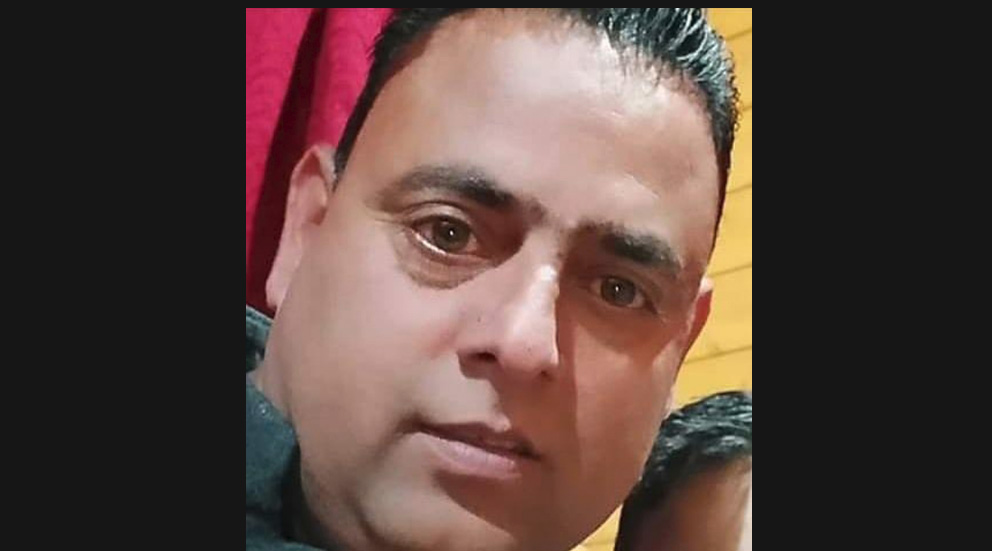 2 injured as explosive goes off

Excelsior Correspondent
Jammu, July 14: A Personal Security Officer (PSO) of National Conference leader Syed Tawqeer Shah was martyred in a militant attack at Hillar area of Kokernag in South Kashmir’s Anantnag district while Shah had close shave.
The NC leader Syed Tawqeer Shah had gone to Hillar area of Anantnag district to attend the party workers meeting. As the meeting was going on in the house of one of the NC workers in the village, the PSO of Shah, Selection Grade Reyaz Ahmad, who was outside the house waiting near the vehicle was fired upon by militants.
The three militants came on a motor cycle and fired at the cop. They fled on the same motor cycle after attacking the cop leaving him in a pool of blood. He was rushed to Anantnag District Hospital but he succumbed to injuries on the way to hospital.
Reyaz who suffered serious bullet wounds and was immediately shifted to Sub District Hospital Kokernag for treatment. He had received serious bullet wound in his abdomen and was referred to District Hospital Anantnag in critical conditions. However, the cop died on way to District Hospital Anantnag.
The militants, however, didn’t target the NC meeting but it caused panic that led to disruption of the NC workers meeting in the village.
Soon after the attack, security forces launched a massive hunt to trace out the assailants responsible for the attack. They also escorted Shah who was former District and Sessions Judge and had resigned from the services to join the NC.
The cop was from Newa area of Pulwama and his body was handed over to his family for last rites after wreath laying ceremony at Kulgam.
And in the meantime, two youth were injured in a mysterious blast when some explosive material went off at Chaean area of Devsar in South Kashmir’s Kulgam district today.
A mysterious blast occurred on the road when two youth found a rusted grenade while returning from an orchard in Chaean village and were playing with it.
The injured have been identified as Sandeep Kumar son of Santosh Kumar from Chhattisgarh and Suhail Ahmad Bhat son of Sajad Bhat a resident of Chaean Adigam in Kulgam district.
Both the injured were shifted to District Hospital Kulgam where from one critically wounded non local identified as Sandeep Kumar was referred to SMHS Hospital Srinagar for specialized treatment.
A Police spokesman said here that they have registered a case and are investigating the incident.
Meanwhile, Army today recovered arms and ammunition from forest area in North Kashmir’s Tanghdar area.
Army’s 17 Bihar regiment spotted some suspicious objects lying within dense forests of Hotran village in Amrohi woods of Tanghdar this afternoon following which special team was rushed to spot for its recovery.
The special team recovered two AK 56, four magazines and 6 rounds of live bullets. Earlier this afternoon searches were launched in the area after specific inputs regarding some suspicious movement. However, no militants were spotted in the area.