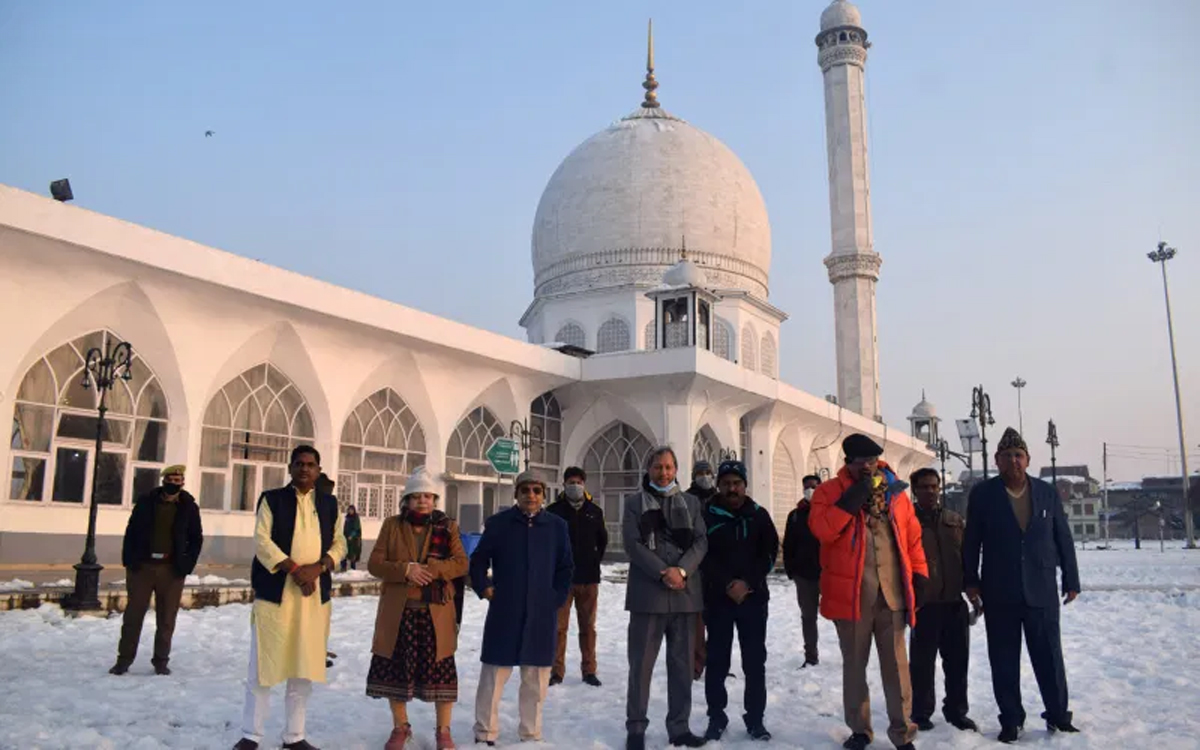 Will come up with series of steps to promote tourism in J&K
Panel to visit Jammu, lists several new projects

Sanjeev Pargal
JAMMU, Jan 24: With a view to boost potential and ensure balanced promotion of tourism in Jammu and Kashmir, the Parliamentary Standing Committee (PSC) on Tourism, Culture and Transport headed by TG Venkatesh, a BJP Rajya Sabha member from Andhra Pradesh, has called high-level meeting of the senior officers of Tourism and Culture Ministry of the Central Government on January 27 in the Union capital to draw a roadmap for the projects.
The PSC also proposed to visit Jammu shortly but it has already decided to recommend several new projects and development of the existing ones, official sources told the Excelsior.
The Committee had only yesterday concluded its four day visit to Kashmir during which it toured various tourist spots, inter-acted with stakeholders and met senior political leaders including former Chief Minister and National Conference president Dr Farooq Abdullah. Union Minister of State in Prime Minister’s Office (PMO) Dr Jitendra Singh had also joined the PSC meeting in Srinagar with stakeholders.
“The PSC wants the Central and Union Territory Governments to give further boost to tourism potential in Jammu and Kashmir and take up new projects to attract tourists who are expected to throng the UT after March especially in the summer as Coronavirus pandemic has started easing and vaccination drive is picking up,’’ sources said.
To discuss the opinion, the Parliamentary Standing Committee has gathered about tourism potential after its four-day visit to Kashmir, the Committee chairman has called a meeting of senior officers of Tourism and Culture Ministry in New Delhi on January 27 during which it will take up the steps required to further promote tourism in both divisions of Jammu and Kashmir, both in long-term and short-term measures.
The Committee will also submit its detailed report to the Parliament.
Sources said the Parliam-entary Standing Committee, which comprises members of almost all political parties and is an independent Parliamentary Panel and not a Government body, will also visit Jammu shortly to take stock of tourism potential, new projects and measures needed to further attract the tourists. It was expected to explore new spots of tourism in the region.
“A Museum at Katra, Light & Sound System at birth place of Maharaja Pratap Singh, new projects at Mansar and Surinsar and exploring tourism potential in Doda, Kathua, Poonch and Rajouri are also on agenda of the Parliamentary Standing Committee,” sources said.
Sources said the Parliamentary Standing Committee in its meeting with senior officers of the Tourism and Culture Ministry in New Delhi is likely to come up with various suggestions which it gathered from stakeholders during its four-day visit to Kashmir to implement them on ground to attract more tourists to Jammu and Kashmir.
Tourists had eluded Jammu and Kashmir last year mainly because of COVID and prior to that due to August 5, 2019 decisions of the Central Government regarding withdrawal of special status of Jammu and Kashmir and bifurcation of erstwhile State into two Union Territories of J&K and Ladakh.
Sources expressed confidence that pilgrim tourism in Jammu and Kashmir this year will pick-up from March. Last year, just 17 lakh pilgrims had visited holy cave shrine of Mata Vaishno Devi Ji because of COVID curbs as compared to 80-90 lakh in the previous years or even one crore earlier. Similar was the case at Shiv Khori shrine. However, authorities were confident that pilgrimage would start picking up from March onwards as the months of January and February are already known as “lean period’’.
Similarly, pilgrimage to Lord Shiva’s Amarnath Ji cave shrine in Anantnag district of South Kashmir Himalayas, is also expected to attract rush as the administration in Jammu and Kashmir has been bracing up to receive six lakh yatris this year. Duration and dates of Shri Amarnath Ji’s pilgrimage are yet to be finalized by Shri Amarnath Ji Shrine Board (SASB) but Lieutenant Governor Manoj Sinha and Chief Secretary BVR Subrahmanyam have already held meetings to review arrangements for the annual yatra. Last year, the yatra was confined to “Chhari Mubarak” only because of the pandemic.
The Parliamentary Standing Committee is likely to come up with series of measures to promote tourism potential in the Union Territory as tourism has become a casualty because of Pakistan-sponsored terrorism.