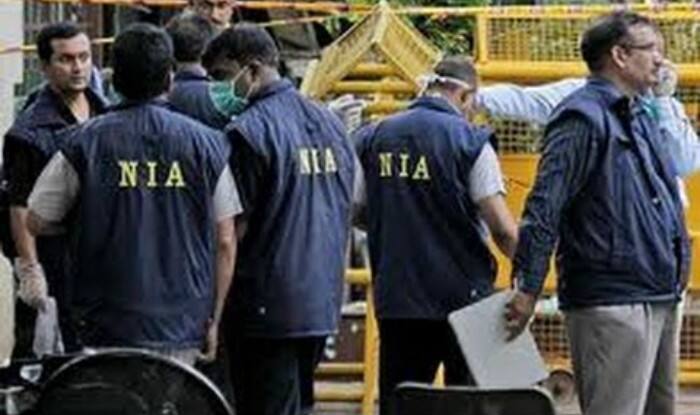 JAMMU, Jan 24: January 2, 2016 sensational terror attack by Jaish-e-Mohammed (JeM) militants at Pathankot air base in which seven security personnel were martyred and five attackers were killed in three-day long operation, appeared to have its linkages in the terror tunnel detected yesterday by the BSF in Pansar area of Hiranagar sector in Kathua district as Qasim Jan, the mastermind of Pathankot and other terror attacks in Jammu and Kashmir has been spotted at Shakargarh, just opposite the tunnel.
Further, investigations into Pathankot air base terror attack had taken agencies to infiltration route in Hiranagar sector, sources told the Excelsior.
“Not only Pathankot, but many more terror attacks in Jammu and Kashmir including two at Nagrota and one at Jhajjar Kotli in Jammu district on Jammu-Srinagar National Highway, could also be linked to the tunnel, which had been dug around eight years back and there were reports that it might have been used by many militants for infiltration into the Indian territory,” sources said.
Since most of these terror attacks are being investigated by the National Investigation Agency (NIA), sources didn’t rule out the possibility of NIA stepping into investigations in construction of the tunnels along International Border in Samba and Kathua districts. Four tunnels have been unearthed by the BSF on the International Border in past six months and two during last 10 days following massive anti-tunneling exercise undertaken by it.
The Punjab Police has also visited site of the tunnel detected yesterday as it had initially investigated Pathankot air base terror attack before the investigations were handed over to the NIA by the Union Home Ministry.
Sources said just three kilometers away from Pansar Border Out Post where the tunnel was found yesterday, is a known terror launch pad – Masroor Barha Khan – in Shakargarh district of Pakistan’s Punjab province.
There are intelligence inputs that 2016 Pathankot airbase attack mastermind, Qasim Jan, is camping there. Jan, who is Jaish-e-Mohammad’s operational commander was also involved in launching a group of fidayeen (suicide squad) who targeted Army installation in Nagrota few years back.
For the last few months, Jan along with another Jaish launching commander, Baba, who is camping in Shakrgarh has made several attempts to infiltrate militants into Indian side to keep the pot of terrorism boiling.
Shakargarh, the area across the fence, is home to a terror training facility. On several occasions in the past, militants have been launched from this area to carry out attacks. Mastermind of Pulwama bombing Umar Farooq – nephew of Jaish chief, Masood Azhar – also stayed in one of the launch pads in Shakargarh area, before crossing over to the Indian side from Samba sector, sources said.
Failing to penetrate militants from the Line of Control (LoC), Pakistan often tries to exploit this particular stretch of border between Kathua and Samba sector.
“From Hiranagar and Samba, the National Highway is nearby. Militants after crossing from any of these points can easily reach main road and target security installations en route,” sources said.
They added that security and Intelligence agencies were of the view that many terror attacks on the Highways and other places including Samba, Hiranagar and Kathua might have also been executed by the militants after infiltrating into this side from the tunnel as most of the times of the attacks the border fencing was found intact.
Moreover, the Over Ground Workers (OGWs) arrested by the investigating agencies during or after the terror attacks at Nagrota, Jhajjar Kotli and other places had confirmed that they were transporting militants in the truck from International Border between Samba and Hiranagar from where they had infiltrated into the Indian side.
While some of the militants were intercepted and killed, many others had managed to reach the Valley including South Kashmir in trucks after infiltration from the International Border.
It may be mentioned here that the BSF has detected two tunnels on the International Border in last 10 days, three in past three months, four in six months and a total of 10 in the Jammu region and was going ahead with the anti-tunneling operations as possibility of more tunnels having been dug by the Pakistan army to facilitate infiltration by the militants from the IB isn’t ruled out.