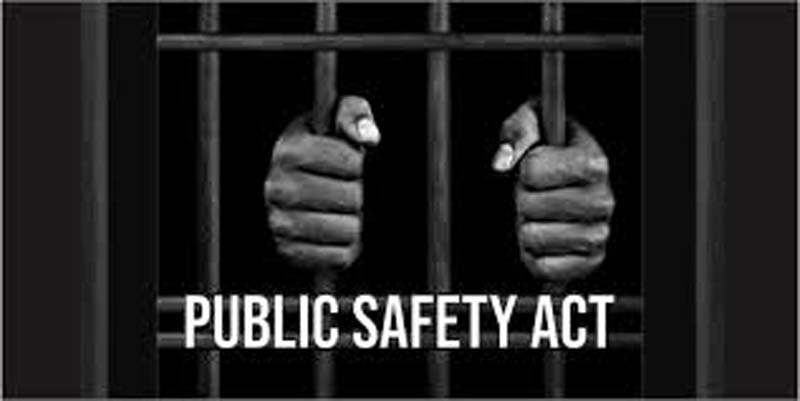 SRINAGAR, Apr 6: Government today revoked Public Safety Act (PSA) against 20 persons who were detained in August last year with majority of them lodged in Central Jail Srinagar.
Eighteen of them are lodged in different jails of Jammu and Kashmir. “Of them, 16 are lodged in Central Jail Srinagar and one each in Kot Bhalwal Jail Jammu and Special Jail Pulwama while two others are outside Jammu and Kashmir”, sources said.
Last week, the High Court had directed the High Powered Committee (HPC), convened to de-congest jails by releasing prisoners on parole in the wake of COVID-19 outbreak.
However, the HPC had maintained that release of detainees under the Public Safety Act (PSA) does not fall within the terms of guidelines issued by the Supreme Court to decongest jails.
The panel is headed by executive chairman State Legal Services Authority Justice Rajesh Bindal and comprised Principal Secretary Home Shaleen Kabra and Director General of Prisons VK Singh.
However, it is not known whether they were released as part of normal process of releasing of people who were arrested in August or it was aimed at decongestion of jails due to Coronavirus.
Earlier last month, 14 persons who were lodged in Central Jail Srinagar were released after Government revoked their PSA detention order.
Earlier in January 10 this year, the PSA of 26 people was revoked and they were later released from different jails including 10 from Central Jail Srinagar. This is the highest number of PSA revocations since then.
Last month, authorities revoked the PSA of former Chief Minister Dr Farooq Abdullah on March 13 and his son and former Chief Minister Omar Abdullah on March 24. Both these leaders were released from the custody.
However, there are presently over 360 people who are under detention in different jails under PSA. These include Bar Association president Mian Abdul Qayoom and Traders president Yaseen Khan.
Besides these, several political leaders including former Chief Minister and president of People’s Democratic Party leader, Mehbooba Mufti, PDP leaders Naeem Akhtar, Sartaj Madni, Peer Mansoor, NC leaders Ali Mohammad Sagar, Hilal Lone and former IAS officer and head of Jammu and Kashmir Peoples Movement, Dr Shah Faisal are booked under PSA.