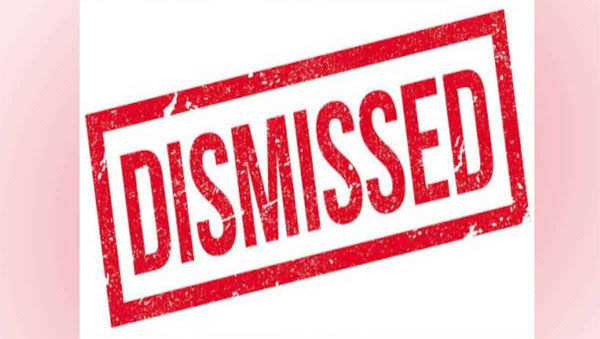 Srinagar, May 3 : After a teacher from North Kashmir, Government dismissed a Professor and a Revenue official from services in the interest of the security of the State on the recommendations of the recently formed Special Task Force.
Government dismissed Assistant Professor Dr Abdul Bari Naik who was posted at Government Degree College for Women in Udhampur for his activities which are against the interest of the security of the State.
Dr Naik hailing from village Chidder in Kulgam district, was arrested in March this year from Government Degree College for Women in Udhampur for radicalization of local youth in the district.
Three FIR Nos. 49/2018, 191/2018 and 20/2019 had been registered against Dr Naik at Kulgam Police Station under Unlawful Activities Prevention Act and other Sections including 153, 353, 505 and 506 RPC while one FIR No. 85/2018 under Sections 153 and 506 RPC had been registered at Qoimoh Police Station.
Government also dismissed Nazir Ahmad Wani, Naib Tehsildar, Pulwama- II from service for his anti-State activities.
Police arrested Wani last year in May after security forces busted a militant hideout in his shop in Pulwama district of South Kashmir. It was an old hideout of militants beneath his shop at village Below in Rajpora area of Pulwama district that was busted and on the basis of which an FIR was registered against him and later he was arrested. However, he was later released on bail
The Government in two separate orders issued said that the Lieutenant Governor Manoj Sinha, after considering the facts and circumstances of the cases, observed that on the basis of the information available, their activities warrant their dismissal from service.
Last week, Idrees Jan, a teacher of Government Middle School, Kupwara, was dismissed under same law.
The dismissals came after the Government on April 21 set up a Special Task Force to identify and scrutinize the cases of employees involved in any case related to posing a threat to the country’s security or anti-national activities.
The task force is headed by intelligence Chief RR Swain, who served for a decade in the Research and Analysis Wing before returning to J&K.
The STF has been tasked to compile records of such employees, wherever necessary and to refer it for action to a committee headed by the Chief Secretary.
The committee was set up last year to formulate the procedure for invoking Article 311 (2) (c) against employees who are found involved in criminal offences.