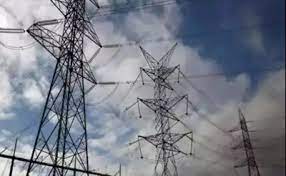 NEW DELHI, Sept 4: The Power Ministry is likely to be able to bring the Electricity Amendment Bill 2022 for consideration and passage in the Winter Session of the Parliament towards the year end, suggested Power Minister R K Singh.
The Electricity Amendment Bill 2022 which seeks to create competition in the power distribution sector by providing consumers with options to chose between multiple services providers in an area, was introduced in Lok Sabha on August 8, 2022 and was referred for scrutiny to the Parliamentary Standing Committee on Energy on the same day.
“We hope that we will be able to bring the Electricity Amendment Bill 2022 for consideration and passage in the Winter Session of the Parliament (likely to be held in November-December 2022),” Singh told PTI.
The minister explained that there is no provision to stop subsidies to any section of consumers in the Electricity Amendment Bill 2022.
“It was provided by the ELectricity Act 2003 that there can be more than one distribution utility in an area. But other discoms would have to supply power through its own network. Now we have provided for sharing the distribution network (common carrier). It (common carrier) would charge for wheeling power of other discoms,” the minister explained on provision of multiple service providers in an area.
The Electricity Act 2003 provided that if a utility applies for distribution licence in one area then they cannot be denied licence.
“But they did not come because they had to establish their own distribution network,” the minister stated.
The minister opined that the new provision in the Act will remove public as well as private monopolies in the power distribution sector and customers will have options to choose from multiple service providers in an area.
He also suggested the competition in the power distribution sector will improve the quality of services.
The minister also talked about the provisions of strengthening state power regulators by adding one post of member (law) and giving them powers of civil court.
Singh also informed about the provision of making power regulators more accountable.
There is a provision for removal of chairman or members of power regulators on the ground that the person has acted in violation of law or rules.
Under the proposed process, the Appellate Tribunal For Electricity (APTEL) will look into the allegation against the chairman or members of a regulator and the appropriate government will take required action (removal) on the recommendation of the appropriate Government.
In case of a state regulator, the respective State Government will take action and in the case of the Central Electricity Regulatory Authority, the Central Government will take the action recommended by APTEL. (PTI)