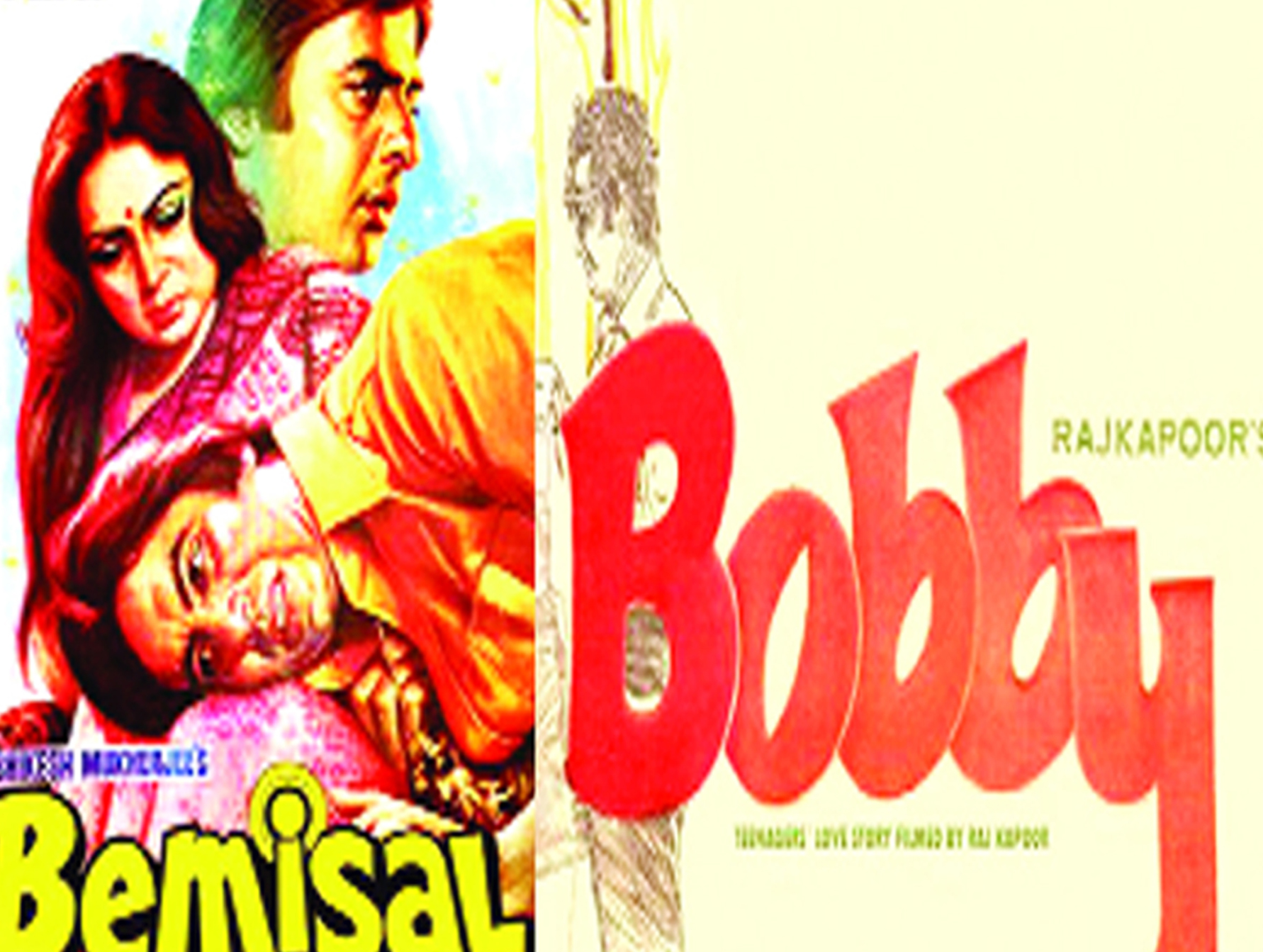 Film posters tell their own stories but are often ignored or go unrecognised by most. Shoma A. Chatterji delves into their world through the eyes of master collector SMM Ausaja
A film poster is an identity card that introduces you to the makers of the film and the subject. They are not only an advertisement and promotional strategy but also to familiarise the viewer with the aesthetics of the filmmaker and serve as a tiny trailer for the film. Film posters offer readings that sometimes reach beyond the film. They throw up the ‘first look’ before a film’s release. They also carry stories of ego-fights among actors about whose name should be at the top in the credits on the posters. Posters are visual documentation of films that could become a part of the cinema archive of a country.
As an eleven year old boy hung up on Amitabh Bachchan, SMM Ausaja who lived in Lucknow eventually became a collector of big B’s films. “One day, Mr. Tandon of Novelty theatre, Lucknow, gifted me with a poster of Tinnu Anand’s Kaalia starring Amitabh Bachchan. It was a dream-come-true for me being a hard core fan of this great star. I had no clue what to do with it except gawking at it all the time,” says Ausaja. He had no clue then that many years later, he would be writing and editing a book on posters of Mr. Bachchan’s films.

Ausaja is counted among the biggest collectors of film posters in the country today. Over time, his passion shifted focus from Mr. Bachchan to posters and collectibles per se, all on and around Hindi films. “When India’s first film, Raja Harishchandra was released in Mumbai’s Coronation Cinema more than 100 years ago, the announcements appeared in the Times of India. For the release of India’s first sound film Alam Ara (1931), posters were unknown. The screening was advertised through text-based handbills and advertisements in newspapers and this was the norm. The earliest surviving poster of an Indian film is believed to have been before Alam Ara. It was a 1924 film called Kalyan Khajina directed by Baburao Painter,” Ausaja informs.
“Posters hold prime place in my collection. Later, I expanded to include lobby cards, hand-designed show cards, film journals, hand bills, LP Vinyl records, Postcards, Black & white/colour stills, glass slides and booklets. Over time, I realised that there is a world beyond Bachchan in 1996 when I came to Mumbai. My perspective had broadened. Stocks of film memorabilia are depleting every passing day and there are few sources of authentic collectibles. I began collecting memorabilia focussed on famous films and film stars broadening the range.”
He has parted with some of his posters and memorabilia with OSIANS, founded and managed by Neville Tuli, but “only the ones I have several copies of” adding, “OSIANS has a wonderful vision of providing a platform for people searching for South Asian Art and Culture. OSIANS is the largest non-political entity that is genuinely archiving and documenting Indian cinema. I joined it to compliment his vision. It is the only auction house in the country that caters to Indian cinema-based auctions. Such auctions help generate both value and interest towards film memorabilia. People who invest realise that this can be a good investment option.”
The biggest hazard Ausaja faces is preservation and storage. “I have lost precious, hand-painted Bobby show cards in the heavy downpours in Mumbai. I also lost a precious Prabhat Film Company lobby card of a silent film. I have rented a godown with four rooms where I store the memorabilia. The most difficult part is to preserve and restore old decaying posters. It is very expensive too. I store the posters in rolls of 50 each and rarely open these rolls. The wear-and-tear is inevitable as these posters were usually printed on the cheapest paper available,” he explains.
Earlier, posters of films were first hand-painted by artists who copied from Black & White stills from a given film and then painted by choosing the ones they felt would fit into the story, theme and the cast. Lithography was the sole technique for printing posters. Big budget film producers would order several posters for the same film to attract movie buffs. In a digitalized world where posters can be designed simply with a software programme with a few clicks, these posters have carved a history of their own.
Thousands of lithographic posters were printed on cheap, thin paper and posted on billboards and walls. This lithographic printing process is still in use by commercial printers across the world. But in India the value of these film posters not known and were discarded as rubbish. It was left to the imagination of archivists like Ausaja of Mumbai, Navin Anand’s shop in Delhi’s Karol Bagh Market, the Osians, collector Haji Abu’s poster shop in Chor Bazaar, Mumbai, Film Heritage Foundation and Kolkata’s Rohit Mukherjee and Sudipta Chanda, to bring them into focus.
Ausaja believes that digitization of vintage art works and prints are good for preservation and posterity. “The visuals are saved from destruction. But preserving originals is a difficult and expensive process that costs anything between Rs 4,000 and Rs.80, 000 per poster. Hand-designed film posters were printed on Litho press till the 1980s and then offset press took over. Digital designing began in the 1990s and the art of hand designs and paintings faded completely. “The new posters have a brilliant body but somehow it feels that the soul is missing. It’s like having a fast-food lunch over a la carte at a plush hotel,” Ausaja laments and also points out that digitization of posters has taken away the livelihood of the original poster painters.
“Earlier, posters were manually painted by artists who made a living out of painting posters. M.F. Hussain began his long and illustrious career as a painter of film posters. I have had the good fortune to meet Pandit Ram Kumar Sharma during a project titled 1857 in which I was working with Sanjay Khan. I had no clue then that this grand old man was a master poster designer as he was introduced as a ‘supervising art director on aesthetics’ for the era being shot for a TV series! He passed away a few years later but I cherish the memory of that meeting. I have known Srikant Dhongade, a brilliant designer who was a fine art expert himself. My regret is that I could never meet Diwakar Karkare, one of my favourites.”
The biggest tragedy for a collector like SMM Ausaja is that “as collectors, we have absolutely no copyright over any image of poster that we stock.” “It is purely a labour of love, a passion for cinema as an influential and impressionable medium of art and culture. At the same time, we remain important sources of authentic information for posterity. The copyrights rest with the world right holders of the film,” he sums up. His book Bollywood in Posters is a collector’s item. (TWF)