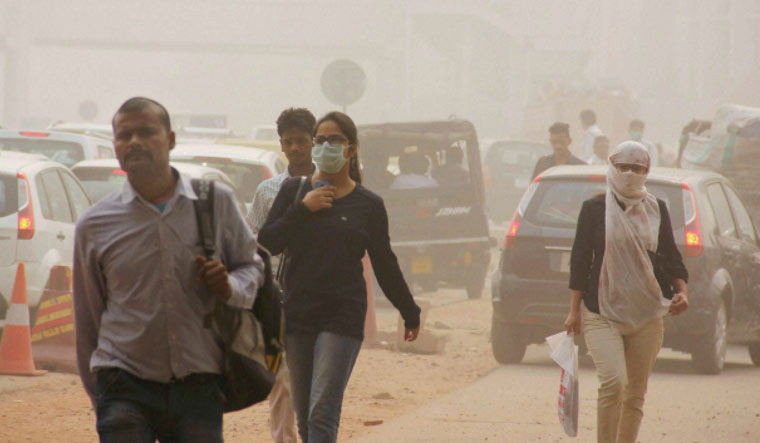 NEW DELHI, Nov 4: People are losing precious years of their lives due to pollution, the Supreme Court said Monday and slammed authorities for their failure to curb pollution in Delhi-NCR.
A bench of justices Arun Mishra and Deepak Gupta asked the Centre to call environmental experts, including from IIT, to the court within 30 minutes.
“Can we survive in this atmosphere? This is not the way we can survive,” the bench said adding that the authorities have left the people to die.
The court said it will not tolerate this and will fix liability on the State Governments.
“Delhi is choking every year and we are not able to do anything. Question is that every year this is happening,” the bench said, adding, “It cannot be done in a civilised country”.
It also took serious note of crop burning in Punjab, Haryana and Western Uttar Pradesh and said it cannot go unabated every year.
“Why there should be unabated crop burning every year? Every year there is hue and cry. States know this but still they are not tackling this issue,” the bench said.
Senior advocate Aparajita Singh, assisting the apex court as an amicus curiae in the air pollution matter, told the bench that as per the Centre’s affidavit, crop burning has gone up by 7 per cent in Punjab and down by 17 per cent in Haryana.
The top court called the pollution in Delhi-NCR as atrocious and said no one is safe even inside homes.
“It is too much. No one is safe even inside their house. It is atrocious,” the bench said.
People are being advised not to come to Delhi due to pollution, State Governments are responsible for this.
“You are asking people to die. Your states (Punjab and Haryana) are also badly affected. Is this the administration left in Punjab and Haryana? Every year this is happening. We will fasten the liability of states and panchayats also,” the bench said. (PTI)