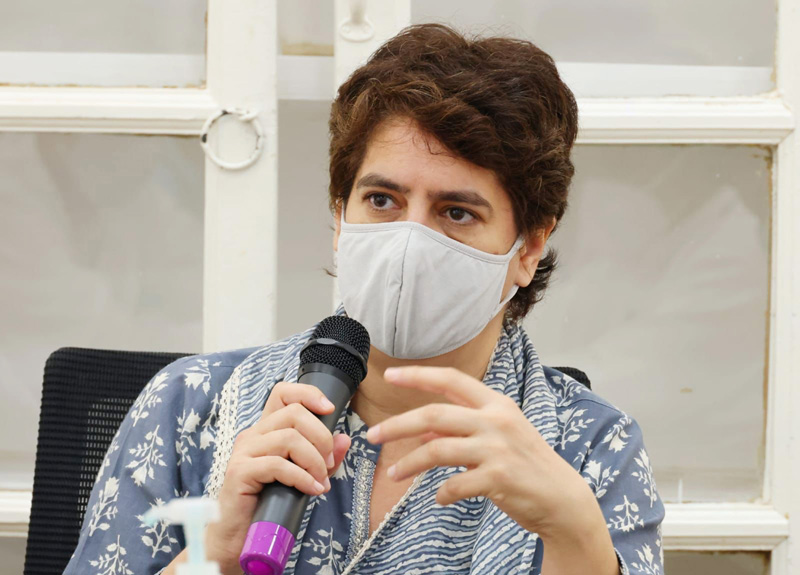 LUCKNOW, Sept 29:
Congress general secretary Priyanka Gandhi Vadra on Wednesday accused the Uttar Pradesh government of having a “jungle law” in the state with police being “soft on criminals” and savage for common people.
Priyanka Gandhi made the allegation two days after a 36-year-old Lucknow businessman died in a Gorakhpur Hotel during a police raid on it on Monday night, prompting authorities to suspend six policemen and booking them on the charge of murder on Tuesday.
“According to reports, a businessman in Gorakhpur was beaten up by the police so much that he died. This incident has spread fear among the general public of the entire state,” Priyanka Gandhi said in her tweet on Wednesday.
“The state of jungle law is such under this government that the police are soft on criminals and behave barbarously with the common people,” the Congress leader, presently on a visit to Lucknow, added.
Kanpur businessman Manish Gupta, who had come to Gorakhpur to see the development in the city and had been staying in the hotel, died during a police raid on the hotel on late Monday night.
Gupta’s wife Meenakshi had accused the police of beating her husband to death but the police had denied the charge and said he received a head injury after he fell on the ground as he was in a drunken state.
The authorities have since then suspended six policemen, including the Ramgarh Tal police station’s SHO, and a case under section 302 IPC (murder) has been registered against them. (PTI)