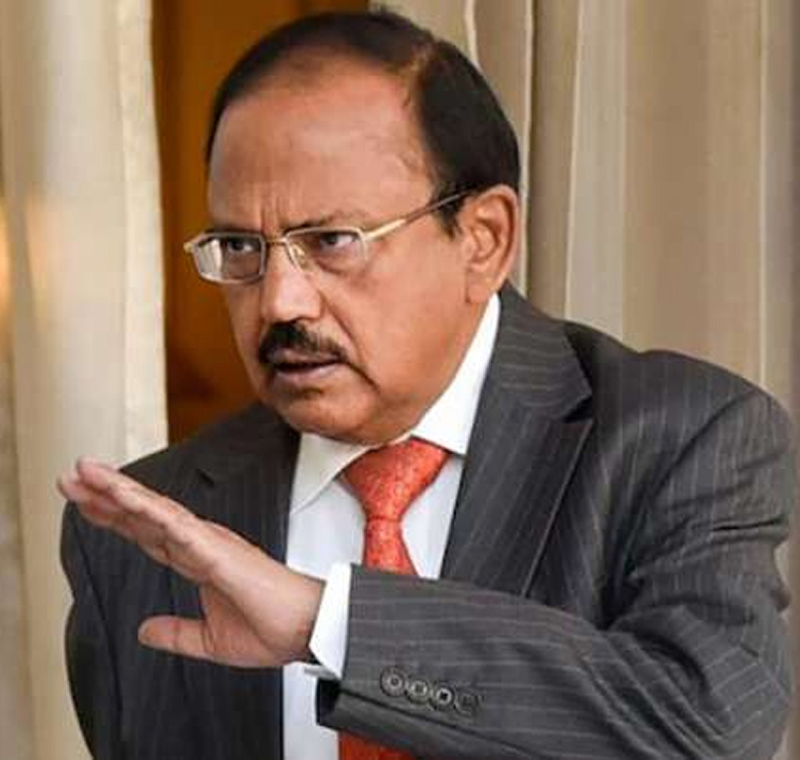 HYDERABAD, Nov 12:
Besides maintaining law and order, police forces have a greater role in border management spanning over 15,000 km covering Pakistan, China and Myanmar and Bangladesh with which India has security related issues, National Security Advisor Ajit Doval said on Friday.
Speaking at the passing out parade of the 73rd batch of IPS probationers at the Sardar Vallabhbhai Patel National Police Academy (SVPNPA) here, Doval said India’s sovereignty goes as far as the last police station’s jurisdiction from the coastal areas to the border areas.
He further said maintaining law and order in every part of the 32 lakh sq km of India is the responsibility of police forces.
“…Not only the policing about which you (IPS officers) have been trained well. But it will extend. You will be responsible for border management of this country. 15,000 km of the border, most of it has got peculiar problems of its own,” he added.
“There is a border in Pakistan with China or Myanmar or Bangladesh. We have got different types of security related issues which are manned by the police and the central police organisations which are manning these borders,” Doval said.
According to him, the strength of the police force in the country is 21 lakh and so far 35,480 personnel have sacrificed their lives.
“We would also like to remember those 40 IPS officers who were martyred,” Doval said.
The security advisor said India which will usher in a new era as it paces towards 100th year of independence will be known for its many achievements and accomplishments and will be one of the leading nations across the globe.
Quintessence of democracy does not lie in the ballot box, but it lies in the laws which are made by the people who are elected by or elected through the electoral process, Doval said.
“Laws are not as good as they are made…No nation can be built where rule of law has failed. People cannot feel safe and secure where law enforcers are weak, corrupt, partisan,” he maintained.
Police have to work closely with other organisations for which they require a mental attitude together to serve the nation, he said.
Wars have ceased to become an effective instrument giving their political and military objective even as they are unaffordable, uncertain about their outcome, he said, adding it is the civil society that can be subverted, divided and manipulated “to hurt the interest of the nation,” Doval said.
“If the internal security fails, no country can be great. If people are not secure, people are not safe, they cannot rise to the potential and probably the country will never grow,” he further said. (PTI)