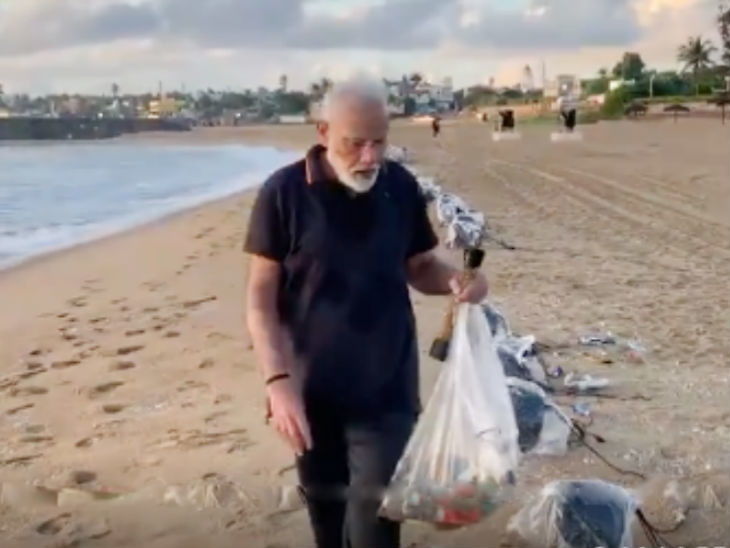 MAMALLAPURAM : Prime Minister Narendra Modi, who is here for an informal summit with Chinese President Xi Jinping, was on Saturday seen picking up plastic litter, water bottles and other waste from a beach during his morning walk.
On Twitter, Modi released a three-minute video in which he was seen collecting waste and urged the people to ensure that public places are clean and tidy.
Plogging at a beach in Mamallapuram this morning. It lasted for over 30 minutes. Also handed over my collection’ to Jeyaraj, who is a part of the hotel staff.
Let us ensure our public places are clean and tidy! Let us also ensure we remain fit and healthy, he tweeted.
Plogging means picking up trash such as used plastic bottles while jogging or running.
In another tweet, Modi said:Refreshing walk and exercises in Mamallapuram, along the scenic coast.
During his speech on Independence Day this year, Modi had announced a campaign to make the country free of single-use plastic.
The Swachh Bharat Abhiyan for a clean India, launched in 2014, has been his pet programme. (agencies)