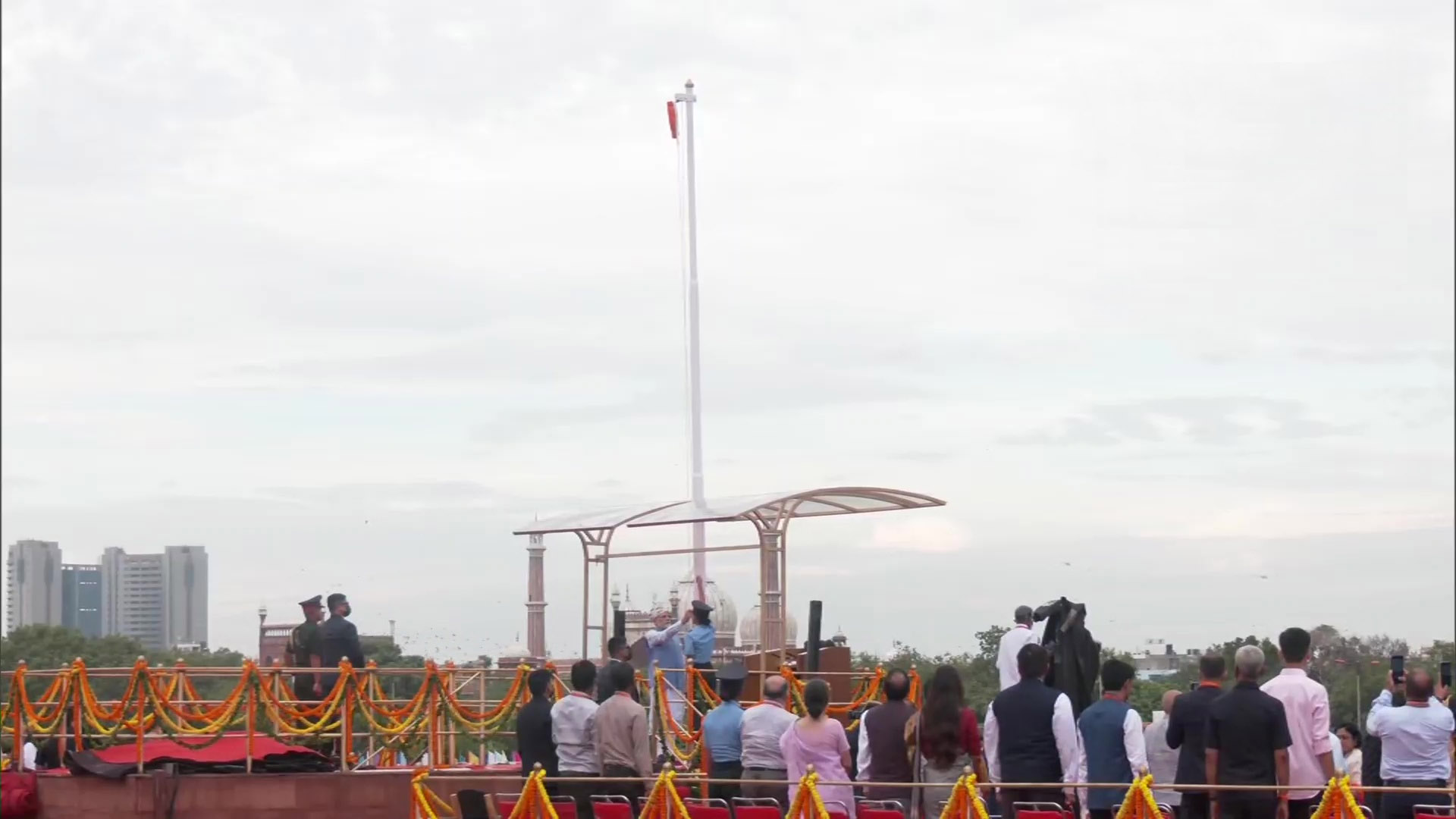 New Delhi, August 15: On the occasion of 76th Independence Day, Prime Minister Narendra Modi on Monday hoisted the national flag and delivered the customary address to the nation from the ramparts of the Red Fort in New Delhi.
Prior to that, he inspected the Guard of Honour which was positioned directly in front of the National Flag across the moat below the ramparts.
The GoC Delhi area conducted the Prime Minister to the Saluting Base where a combined inter-services and police guards presented the general salute to him, following which PM Modi inspected the Guard of Honour.
On his arrival in the Red Fort, the Prime Minister was received by Defence Minister Rajnath Singh and Minister of State for Defence Ajay Bhatt and Defence Secretary Dr Ajay Kumar.
Later, a combined Inter-Services and Delhi Police Guard presented a general salute to the Prime Minister. Thereafter, PM Modi inspected the Guard of Honour.
Meanwhile, people are enthusiastically taking part in the ‘Har Ghar Tiranga’ campaign under the aegis of Azadi Ka Amrit Mahotsav.
The ‘Har Ghar Tiranga’ campaign commenced on Saturday and will run till Monday.
The programme envisages inspiring Indians everywhere to hoist the national flag at their homes. The aim of the programme is to make the relationship with the national flag a more personal one rather than just keeping it formal or institutional, said the Union Ministry of Culture.
Azadi Ka Amrit Mahotsav is an initiative of the Government of India to celebrate and commemorate 75 years of independence and the glorious history of India’s people, culture and achievements.
This Mahotsav is dedicated to the people of India who have not only been instrumental in bringing India thus far in its evolutionary journey but also hold within them the power and potential to enable Prime Minister Narendra Modi’s vision of activating India 2.0, fuelled by the spirit of Aatmanirbhar Bharat.
The official journey of Azadi Ka Amrit Mahotsav commenced on March 12, 2021, which started a 75-week countdown to our 76th anniversary of independence. (Agencies)