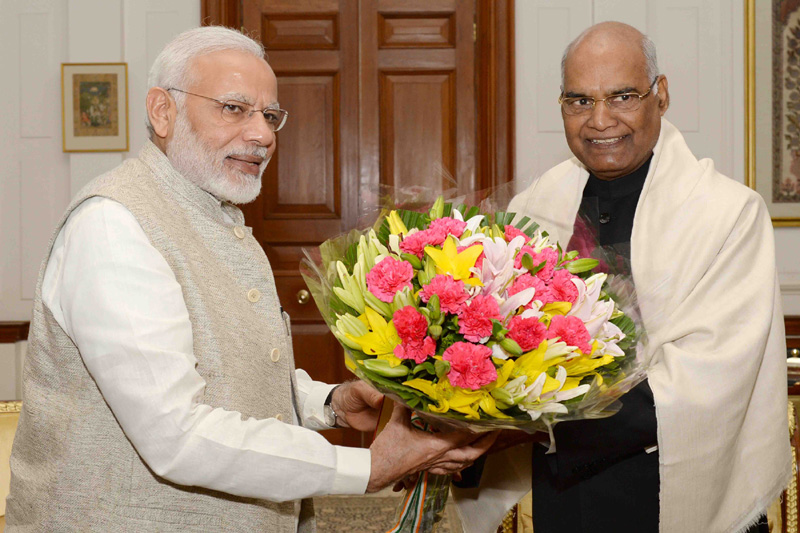 NEW DELHI, July 5:
Prime Minister Narendra Modi today called on President Ram Nath Kovind and the two leaders discussed issues of national and international importance, Rashtrapati Bhavan officials said.
The meeting comes after the Prime Minister had visited Leh earlier this week and addressed soldiers following the June 15 clashes in the higher reaches of that region with Chinese troops in which 20 Army personnel sacrificed their lives for the nation.
After the meeting, the Rashtrapati Bhavan tweeted, “Prime Minister @narendramodi called on President Kovind and briefed him on the issues of national and international importance…”. (PTI)