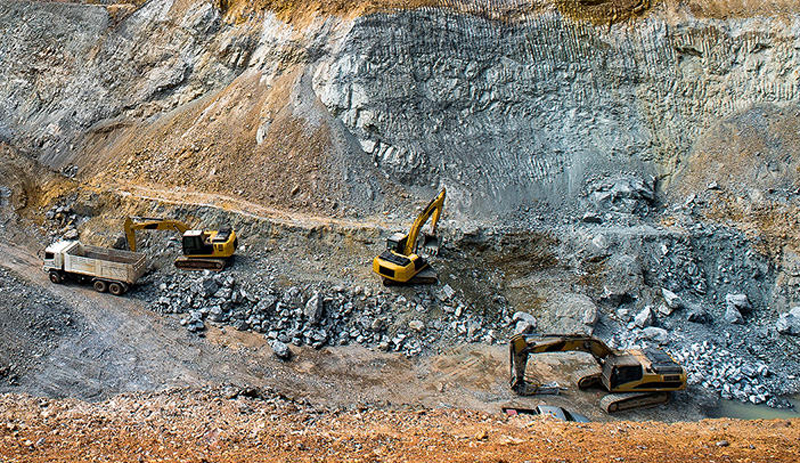 In order to lend administrative and statutory support to the structure of preventing of illegal extraction of minor minerals as also simultaneously to facilitate and ensure smooth supply of such minerals , there is an important provision of granting of short term permits to the desirous resident entrepreneurs of Jammu and Kashmir. Has there been no adequate response from the prospective extractors / contractors / entrepreneurs and others engaged in the extraction of minor minerals? Looking to various projects of medium , big and small sizes , currently being executed and underway in Jammu and Kashmir by various agencies like Indian Railways , National Highway Authority of India and other agencies needing such material are currently reported to facing unsatisfactory levels of supply . There may be other reasons too like creating of artificial scarcity of the mineral material by those few engaged in the trade for quite some time and thus enjoying a monopolistic hold due to insufficient extraction to sell the same at exorbitant rates .
All these factors may have resulted in the Government taking a decision to extend the timeline for granting of short term permits for minor mineral extraction so that there was smooth execution of mega projects as the UT of Jammu and Kashmir is on a trajectory of the process of a fast development . Extending suchtimeline till June ending next year can provide leverage enough for such permits granted under usual terms and conditions so as to ensure increase in the extraction process to improve availability of such material and importantly at in-exorbitant rates . Since extending the time limit could not have been done without changing the existing rules, the same has been done to encourage more permits on short basis granted to tide over scarcities and ensuring adequate supplies .
Not only some rules having been changed /modified for according extension, the Government can issue such permits to central and UT Government institutions and organisations other than residents of the UT like CPWD, JKPCC, BRO, MHA etc. That, these Governmental departments , agencies and institutions are also entitled to certain relaxations in respect of payment of royalty amount in advance within a month of issuance of short term permits , is yet another step towards encouraging applying for such permits. The idea again being that Government projects and works which are of important and emergent nature , may not get delayed.
In this connection, it is pertinent to note that certain problems in respect of shortage of the mineral material took place on account of taking certain strict measures to the extent of even imposing blanket ban on extraction activities mainly against illegal and wanton extraction of minor minerals including doing it beyond permitted limits and allotted slots . Looking to the need to providing some relief to the public as also for smooth execution of projects , it is worth noting that even the Division Bench of J&K and Ladakh High Court has been considerate enough to modify the ban order of extraction along the banks of River Tawi so that not only the shortages were addressed but sky rocketing of the prices of the needed material too got checked. The relief was provided by the High Court authorising the Government to act suitably but subject to the Mining Rules of 2016 which ,therefore, calls for more production hence granting of liberal permits on short term basis .
Extending the timeline till June 2023 for applying for and granting of permits for extraction is , therefore, a step which will lead to increase in production (from extraction) . Hence , it is hoped, as such, that there will not be any shortage felt of minor minerals for any of the developmental projects in Jammu and Kashmir including the general public too getting lot of relief with expected reasonable availability of the minerals at affordable costs. Once a normal equilibrium between supply of and demand for minor minerals gets set, it will be all smooth, other things being equal.